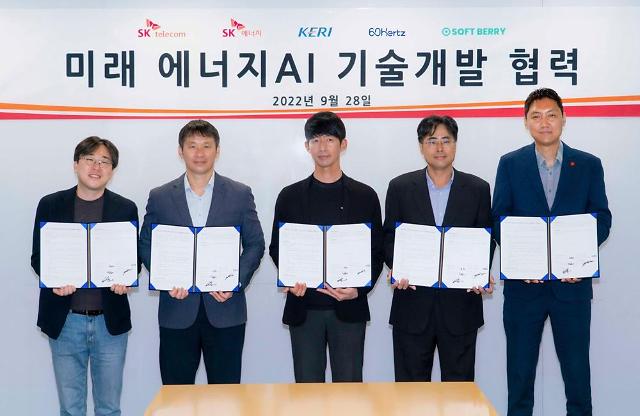 SEOUL -- Under a business agreement for technology development with domestic partners, SK Telecom, a leading mobile carrier in South Korea, will use artificial intelligence and new technologies to predict the amount of renewable energy generation and power demand scattered in each region and create optimized virtual power plants.

A virtual power plant (VPP) harnesses scattered renewable energy power generation to a network for maximum efficiency using new technologies such as artificial intelligence, cloud computing, internet of things, and renewable energy generation. It can reduce the load on existing electricity grids during peak load times. The generated electricity can be traded.

The use of AI technology is essential to properly build and operate virtual power plants because AI increases the accuracy of predicting the amount of power generation of renewable energy power generation, which is not constant in production, or predicting customers' power demand. When managing power through an energy storage system, it is possible to optimize charging and discharging with an artificial intelligence algorithm.