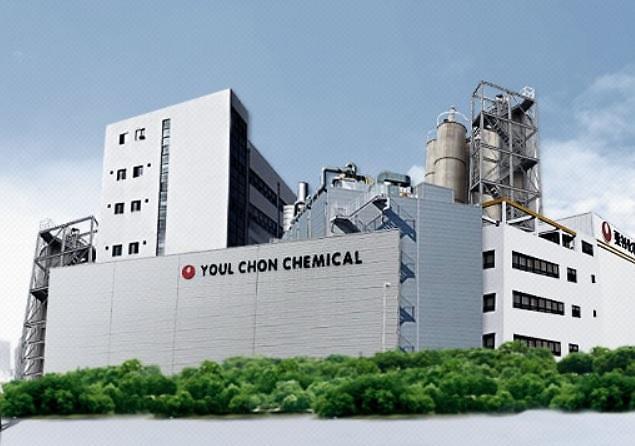 SEOUL -- Youl Chon, a medium-sized company in South Korea, has clinched a six-year windfall contract worth $1.04 billion to supply a key material for lithium-ion batteries to a joint venture between General Motors and its Korean partner, LG Energy Solution. It marked the first case of aluminum pouch film mass production in South Korea. Pouch film production has been dominated by Japanese companies.

Youl Chon said in a regulatory filing on September 28 that it would ship aluminum pouch film for six years from 2023 to the GM-LG joint venture, Ultium Cells. Pouch films protect cathode materials, anode materials, separators and electrolytes that make up pouch-type batteries. Pouch cells use laminated architecture in a bag, offering a simple, flexible and lightweight solution to battery design.

Youl Chon was selected for a state project to develop pouch film with full support from LG Energy Solution (LGES), the battery-making wing of South Korea's LG Group, after Tokyo imposed trade restrictions in 2019 on exports of key materials for semiconductors and displays in retaliatory action over a decision by South Korea's highest court that acknowledged individual rights to get compensation for wartime forced labor.

Instead of negotiating with Tokyo, Seoul chose to accelerate the localization of key materials, reduce the technological gap with Japan, and diversify and enhance the production of materials and parts.

LGES, the battery-making wing of South Korea's LG Group, has provided design and technology to Youl Chon along with the dispatch of research personnel for the development of pouch films with high moldability and improved safety, which are thicker than existing products and can be molded into necessary shapes and structures without cracks.