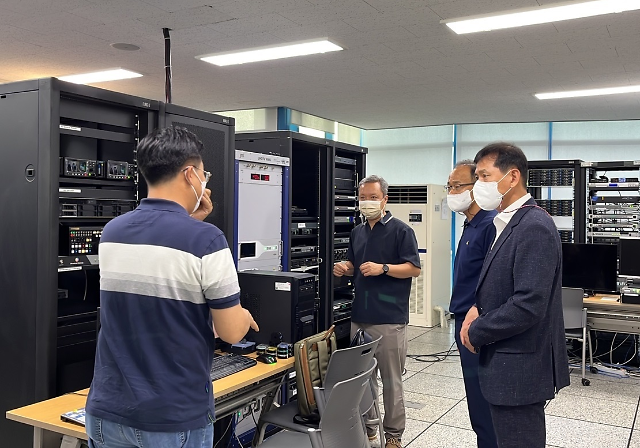 SEOUL -- The demonstration of stereoscopic media service technology that enables users to select two-dimensional or three-dimensional content has been successfully conducted in South Korea's southern port city of Busan. After test broadcasting, Busan aims to commercialize the service by 2025 which would allow users to select 2D or 3D content depending on their preference.

Busan has tied up with the Electronics and Telecommunications Research Institute (ETRI) to demonstrate a user-selective stereoscopic media system that can simultaneously transmit 2D and 3D content through a terrestrial broadcast network. In June 2022, the system was linked to the existing UHD network of two broadcasting stations -- Korea New Network (KNN) and MBC Busan.

In its recent second demonstration, Busan said that it has successfully carried out the demonstration of user-selective stereoscopic media service technology for the first time in the world. "We hope the development of this technology will help create new markets in related industries such as movie, video and content," Busan's digital economy innovation bureau head Lee Joon-seung said in a statement on October 4.