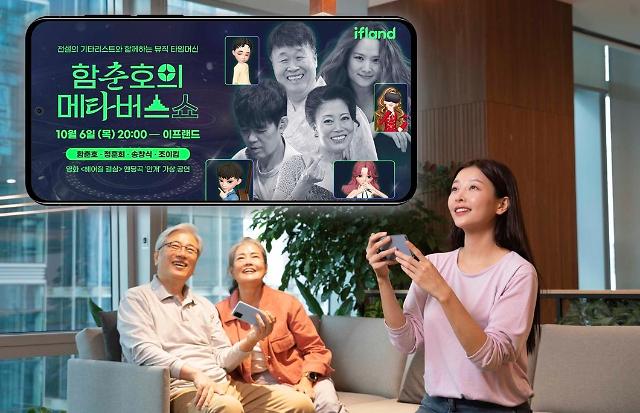 
SEOUL -- SK Telecom has launched a new project to record the performances of legendary singers who have led South Korea's music industry, with realistic 3D images and volumetric capture technology that uses many cameras to capture an entire scene in 360 degrees in volumetric 3D for the production of high-end holographic virtual reality and augmented reality content.

The "legend heritage preservation" project is aimed at vividly recording the performances of senior singers, who are the roots and backgrounds of K-pop, and delivering them to future generations, SK Telecom (SKT) said, adding that the first show comes on October 6, showing a video of performances by Ham Chun-ho, a 61-year-old guitarist.

More than 100 cameras simultaneously film performances in 360 degrees in all directions to produce ultra-high-definition stereoscopic images. "This 'Legendary Heritage Preservation Project' will be a good example of further strengthening the power of culture with advanced technology," SKT's metaverse business head Yang Maeng-seok said in a statement.

"We will use volumetric technology to vividly record the roots of K-pop and present ultra-realistic performance content of more legendary artists," Yang said. SKT will collaborate with the Korea Creative Content Agency, a government body charged with governing cultural content.

SKT will present its content seven times every other week until December 29, starting with Ham's performance and a music talk show on its metaverse platform, Ifland, that was conducted through avatars and real-time video broadcasting. It consists of volumetric and live performances by Jung Hoon-hee, a 70-year-old ballad singer, and Song Chang-sik, 75, who is considered one of the country's most important and influential musicians of the 1960s and 1970s.

The metaverse is a collective virtual shared space, created by the convergence of virtually enhanced physical reality and physically persistent virtual space. It describes a future internet of persistent, shared, 3D virtual spaces linked into a perceived virtual universe. SKT has tried to boost the popularization of its metaverse platform by running special programs.

Ifland maximizes user experience through diverse virtual spaces and avatars. Based on the popularity of K-pop and Hallyu (Korean cultural wave), SKT hopes that metaverse performances and fan meetings capable of overcoming geographical limitations will attract great attention from global fans. SKT predicts an "explosive" increase in the number of creators and influencers if various economic activities are available in the metaverse world.