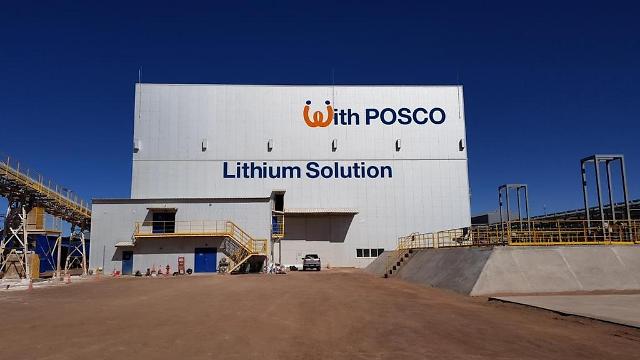 SEOUL -- POSCO has earmarked $1.09 billion to produce 25,000 tons of lithium hydroxide, an inorganic compound used for electric vehicle batteries, in Argentina. The steel group has purchased lithium mining rights in a salt lake for $280 million to become a global player in the battery material market.

In December 2021, POSCO unveiled its scheme to invest some $830 million in producing lithium hydroxide from the Hombre Muerto salt lake in Argentina. A production plant with an annual capacity of 25,000 tons is to be completed in the first half of 2024.

POSCO said in a statement on October 11 that its board has approved about $1.09 billion for additional investment in the construction of a new lithium carbonate production plant in Argitina.

POSCO's move comes as battery manufacturers are actively investing in North America to cope with an inflation reduction act (IRA) that only subsidizes electric vehicles using more than a certain percentage of core minerals produced by the U.S. or countries that have signed free trade agreements with Washington.