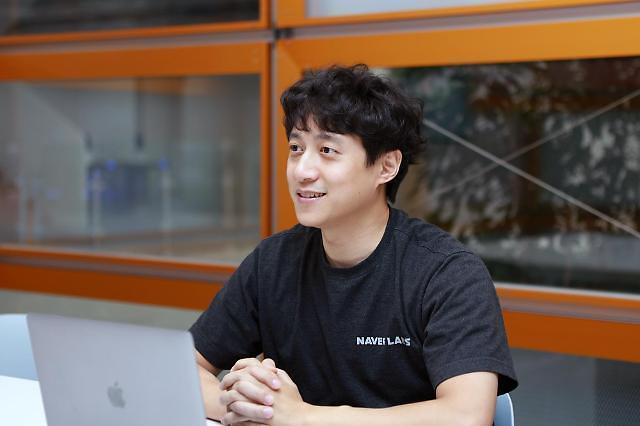 
SEOUL -- Naver, a top web portal operator and IT company in South Korea, regards advanced visual localization as a key to connecting virtual and real worlds as it can be used in creating digital twins and linking real-life services. The immediate goal is to commercialize a multi-robot intelligence system that acts like a shared brain for robots.

Naver's artificial intelligence, robot and autonomous technology wing, Naver Labs, has upgraded its technology, which integrates artificial intelligence, robot and cloud (ARC), for possible commercialization in 2023. ARC is divided into ARC Brain, which plays the role of "brain" in moving robots, and ARC Eye which serves as the robot's eye based on AI and computer vision-based visual localization.

Naver Labs has developed advanced visual localization technology for accurate measurement even in crowded areas. New algorithms that add camera images to LiDAR data were applied to obtain map data on stairs and escalators. LiDAR is a remote sensing technology that measures the distance to a target by illuminating the target with laser light and measuring the reflected light with a sensor.

"Our goal is to create a digital twin and link real-life services based on it. Visual localization technology is a key to connecting virtual and real worlds," Lee Dong-hwan, head of Naver Labs' vision group, said in an interview with Aju Business Daily. "Visual localization and digital twins are inseparable and there are endless things that can be done using digital twins, so its importance will increase as metaverse develops in the future."

Naver Labs is already receiving constant inquiries from potential clients at home and abroad about ARC. "We are getting many related requirements because there are few companies that can provide technical solutions related to digital twins in a scalable manner," Lee said, adding that his team is trying hard for the early commercialization of ARC. "As prospective demand is quite high, we are working with Naver Cloud to quickly commercialize it."

Naver Labs said its participation in an extended reality (XR) metaverse project in the western port city of Incheon was a great help in the commercialization of ARC. ARC Eye is used to build digital twins in an international airport and other major places and make AR navigation. XR refers to all digital environments created using virtual reality (VR), augmented reality (AR) and mixed reality (MR).

"Through this project, we tested AR navigation technology as a whole for indoor and outdoor locations. We were able to upgrade a seamless service while going outside from indoors," Lee said. To create 3D maps for indoor guidance, a self-driving robot collects indoor map data and AI learns characteristic data such as the edge of pillars to pinpoint exact locations.

By applying AR content to collected 3D map data, Naver Labs is implementing a service that makes it easy to find shopping malls, exits and other indoor facilities. In 2020, Naver Labs created a 3D layout map for the creation of high-definition digital information on roads, buildings and on-road facilities. High-definition digital maps are seen as a lighthouse that will guide autonomous vehicles around urban areas and help unmanned vehicles communicate through networks to optimize traffic lights or detect pedestrians on the sidewalk after sunset.

Naver’s second office building under construction in Bundang in the southern satellite city of Seoul will be the first test bed for ARC. It is a new robot-friendly building where 5G "brainless" robots controlled by a cloud system will coexist with human workers with ARC technology. Naver will use the building as a global reference space where 5G networks, cloud, robots, autonomous driving, digital twin, and AI are connected and fused into one.

Lee's office thinks that the technology of Xerox's research center in France, acquired by Naver in 2017, has played a major role in the development of advanced visual localization technology. The European branch of Xerox focuses on AI, machine learning, computer vision and language processing. Naver Labs will upgrade AR navigation-related functions and apply them to maps and other services.