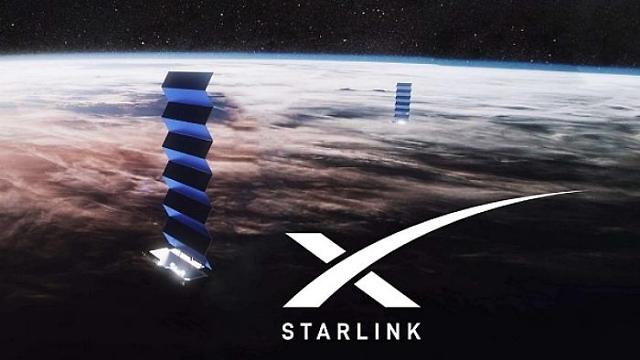 SEOUL -- Starlink, a satellite internet constellation operated by SpaceX, aroused awareness about active government action to improve systems and foster talent in South Korea's low-orbit satellite industry, which is in its infancy due to the slow accumulation of independent core technologies, unprepared for competition with a giant foreign company.

South Korea was seized with confidence when its homegrown space rocket put satellites into target orbit in June 2022 as the seventh country in the world which has developed a space launch vehicle capable of carrying a more than one-ton satellite. It was South Korea's first successful launch of a satellite with actual functions. The three-stage rocket called "Nuri," also known as KSLV-II, can thrust up to 3.3 tons of payload into Earth's low orbit.

The launch of Nuri sparked a state of euphoria but it did not last long, giving way to nervousness after SpaceX, founded by Elon Musk with the goal of reducing space transportation costs, disclosed plans to launch a low-orbit satellite Internet service in South Korea in the first quarter of 2023. Starlink's service map classified South Korea as a "Coming Soon" country.

Space Internet technology can offer high-quality wireless internet services. With over 3,000 small satellites in low Earth orbit as of September 2022, Starlink provides satellite internet connectivity to underserved areas of the planet, as well as competitively priced service in more urbanized areas. Starlink's move is still vague, but its impact is notable enough to bring South Korean underdogs to their senses.

Policymakers remain equivocal because there has been no official application from SpaceX for the use of frequencies for actual services in South Korea. "If an application is received, we will comprehensively review whether there is any confusion between orbit and ground stations in the frequencies of domestic network operators and decide whether to grant it or not," a science ministry official said on condition of anonymity.

South Korea has benchmarked SpaceX to launch a broad space program called "Space Pioneer" aimed at creating a self-sustaining industrial ecosystem. Domestic companies will be supported to build a supply chain using homemade parts as much as possible with the aim of establishing a web of low-orbit satellites.

Lee Mun-kyu, a professor of computer engineering at Seoul National University, suggested that the government should improve related systems and foster talent to secure competitiveness in satellite communication. "The most necessary thing for the development of the domestic satellite communication industry is people, not money," the professor told a forum on September 30.

Lee Sung-chul, head of SK Telink, a telecom and satellite communication service provider in South Korea, voiced concerns about overlapped frequencies. "If an overseas operator launches a domestic business while our institutional maintenance is not completed, there is a concern that business opportunities will be lost in terms of co-prosperity between overseas and domestic businesses."

As a global service like Starlink requires the huge cost of launching hundreds or thousands of low-orbit satellites, experts recommend concerted efforts by government agencies and companies to speed up the development of satellite communication technologies, which are essential for the commercialization of 6G, space internet services, and urban air mobility (UAM), an ecosystem covering personal air vehicles and infrastructure,

South Korea aims to achieve the world's first commercialization of 6G mobile telecommunication in 2028. 6G will overcome time and spatial limitations through satellite communication and transform paradigms of communications. In july 2022, KT partnered with Hanwha Systems to commercialize laser-based wireless quantum cryptography communication for aviation and space in the 6G era.