What is sacred about Korean national identity? 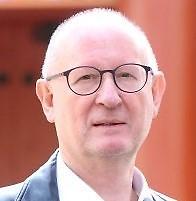 PROFILE
Michael Breen is the CEO of Insight Communications which advises companies on managing PR crises and on local and international PR issues. A former foreign correspondent, he is the author of four books on Korea, most recently The New Koreans.

SEOUL -- When the news came last month that Queen Elizabeth had died, like many British people, I cried. Being reserved, as a typical southern English person (even though I am half-Scottish), I tried not to get emotional but failed. I cried not once, but on a few occasions during that first day.

This reaction surprised me. I consider myself a democrat in the sense that it is not right for some people to be considered superior and deferred to for no unearned reason, just because of an accident of birth. And I consider myself republican in that I believe that democracy should not be run by "the people" but by institutions filled with capable experts, some of whom are elected by the people.

But I found when the Queen died that, while this democratic idea prevailed in my head, a contradictory sentiment had all the time been lodged in my heart.

I should note, as I live in Korea, that my family did not share my reaction. My wife, who is Korean, told our children, who legally have dual nationality but who identify as Korean, "Daddy is sad because he is British."

She should have added, "Daddy is confused because he is British." For I learned that my inner head-heart contradiction was widespread among British people.

As far as I can understand, the unexpected emotion came from two places. One was a sort of nostalgia and sense of personal loss. The Queen was the last public figure connecting British people to the World War Two generation. The equivalent in Korea would be the remarkable generation of people who were born in poverty and whose sacrifice and hard work were the price paid to create today's advanced Korean nation that we now are privileged to live in. We may look at these grandfathers and grandmothers as unfashionable and be embarrassed by their backward habits and ideas. But at the same time, we admire them. We see them somehow as better than ourselves because they were tested and tempered by suffering.

The Queen in this way reminded me of my parents and grandparents, not just because she was old, but because of her values and attitudes. Her generation taught us that we should value fairness, honesty and good manners, and do our duty, work hard, and face hardship without complaint. It was a message the royal family embodied, rather than preached. For example, in World War Two, before the Americans came to help, when Britain was alone fighting the Nazis and expecting to be invaded and our cities were being bombed every night, the royal family was advised to escape. However, they chose to remain. Two bombs landed on their official residence while they were inside. That decision to stand by the people at such a dangerous time was never forgotten.

The second source of emotion about the Queen's death was more elusive. It is something that goes quite deep and which we may not realize is inside us. Once explained, though, we can see that it is one that Koreans also have, but in a different way from the British. It is that the monarch, for British people, is the receptacle of our stories. Not just our national history, but our personal stories. And, far from being superficial, that function is sacred.

I may explain it like this: it is not possible to know many people well. Experts say our limit is around 150 people. That is the size of our natural "village" of friends and relatives. We may try to make it bigger through effort. Of course, we may know more people by name, but it is hard to know them well. This limitation is a formula for constant warfare. To address this, we use our creativity to create an "imaginary community" so that we may share common bonds and view these strangers as friends. The imagined community is our country. We create it through shared memories, symbols, language, laws and so on.

The deepest meaningful place where we entrust this source of our identity has the quality of the sacred.

When I say the relationship between British people and the monarch is sacred, I am not speaking for everyone, of course. Some people have no interest and would rather see the royal family removed. Usually, for such people, the sacred relationship with the nation has settled on some other feature or imagined future.

We all tend to have such a feeling for our country, but it is difficult for outsiders to grasp. Just as other countries' flags may be completely uninteresting to us and their national anthems even strange, so it is difficult especially for free people in democracies to relate to something as specific as the love for a monarch.

Korea, of course, no longer has a royal family and there is no nostalgia for it. In fact, in all my years in Korea I have never heard a single person suggest that Korea should become a constitutional monarchy. I think the reason is that, for Koreans during the period of Japanese occupation the sacred part of their relationship with the country settled on something else.

I would say that the answer does not lie with any person or even an office that is filled by an individual person. For example, the relationship with the President is not sacred. I am sure that opponents of President Yoon are waiting for the opportunity to take to the streets in large numbers to impeach him and kick him out even before the next election. As this point suggests, Koreans may value institutions such as the presidential office, the national assembly, elections and so on, but these are not sacred to them as they might be for, say, Americans. Also, while symbols such as the flag and the national anthem evoke emotion, I don't think they serve as the "receptacle of our stories" for Koreans.

It seems to me that the deepest and most sacred connection for Koreans is with the idea of the "people." Thoughts of the Korean people and the Korean nation evoke tremendous emotion. The Koreans are a people who have been battered and bruised through history and yet have, through some miracle of resilience and near-divine support, remained intact.

Today, that identity is torn into warring parts, but that does not diminish the sense of the sacred. In fact, it simply makes re-unification self-evident. Where an outsider might suggest that it would be more sensible and more conducive to peace if Koreans were to accept their division into two countries as permanent, the Koreans in both North and South instinctively reject this solution. They do not just disagree. They feel that the suggestion itself violates something sacred. By articulating such an idea, the foreigner is treading unawares on holy ground.

What we are seeing today is that in this state of dislocated identity, one group of Koreans – the South Koreans – have rebuilt their shattered lives and are stepping onto the global stage as an advanced state. This ensures that when re-unification comes in God's good time, not only will the Korean identity be repaired but the Korean people, unified, will present themselves as one of the most important countries in the world.

That is truly something worth our loyalties and quite natural to get emotional about.