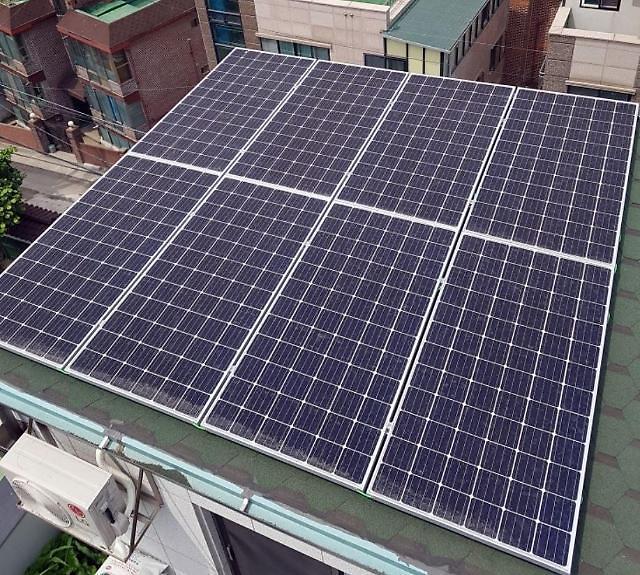 SEOUL -- More than 80 percent of people living in Seoul showed an affirmative attitude about installing renewable energy generators such as solar power panels at their homes to tackle climate change, a survey showed. There are currently some 120,000 personal solar panels installed in houses including the balconies of apartments.

In 2014, Seoul rolled out an eco-friendly project to distribute solar panels for homes. The 325-watt-class solar generator capable of producing some 1,300 watt-hours per day helped many people reduce electricity costs and ease power burdens from state electricity companies at summer and winter peak hours.

For its project, Seoul used to provide hefty subsidies of up to 76 percent of the generators so that citizens only had to pay 70,000 won ($48) to install one on their balconies. However, the capital city stopped providing subsidies in 2022, citing the lack of generating efficiency.

According to a September survey of 1,000 Seoulites aged over 17, conducted jointly by a Seoul-based environmentalist group named "Beyond Coal" and a pollster called "Mono Research", 83.6 percent said that the mandatory installation of small-sized renewable energy home generators must be legalized. Some 83.8 percent were positive about installing solar power generators in their homes. 47.5 percent said that they will install solar generators without subsidies.

The survey also showed that Seoulites had high awareness of the negative effects of climate change. Some 58.6 percent took climate change effects very seriously while 37.6 percent regarded them as moderately serious.