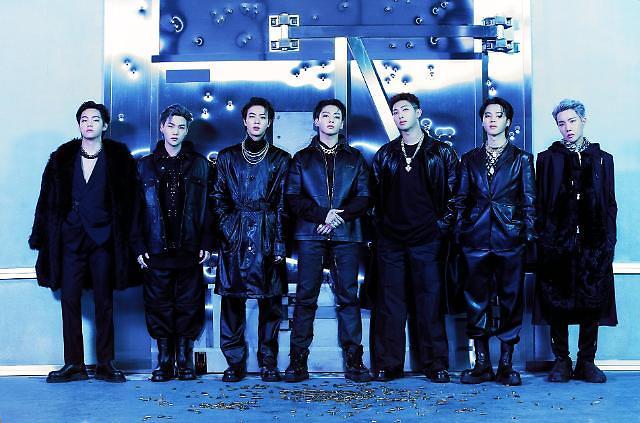 SEOUL -- K-pop superstar BTS shocked global fans with a sudden decision to fulfill South Korea's mandatory military service one by one, starting with Jin, the eldest member who had been allowed to postpone enlistment until the age of 30 by the end of 2022. The decision ended a wave of social discussions on whether BTS members should be exempted from military service.

"Jin will apply for the cancellation of the postponement of his enlistment at the end of this month and will follow the process of enlistment required by the Military Manpower Administration," Hybe's music label, Big Hit Music, said in a statement. "Other members will fulfill their military service successively according to individual plans".

It was not known when Jin, born on December 4, 1992, will receive an enlistment notice to wear military uniforms. The surprise announcement came two days after BTS held a free concert on October 15 at a stadium in the southern port city of Busan. "The fact that time went by so fast is proof that we had such a happy time," Jin said at the concert. "This is the last concert we're going to have".

In December 2020, BTS members were rewarded with the postponement of conscription for military service until the age of 30. However, BTS members have fallen into an awkward situation on and off over their military service. It has been an extremely sensitive social issue with military officials reluctant to give them special treatment for fear of a backlash from young men in the run-up to military duty in South Korea still technically at war with North Korea.

In South Korea, all able-bodied males aged 18 to 28 should complete their military service for more than 18 months. Those who are not physically or mentally able enough to serve are assigned as public service workers at administrative facilities. Olympic medalists are given an exemption, but there are no rules governing pop artists.

In a survey of 3,004 adults, conducted by pollster Innertech Systems and published in September, 59.8 percent supported BTS' alternative non-military service, which is a form of obligatory service performed in state-owned institutions or facilities instead of military camps. Some 38.8 percent gave negative answers. The negative response was notable among those aged 18 and 29.

The survey found that 88.1 percent acknowledged BTS' contribution to the promotion of national prestige and cultural development. Many celebrities lost their reputation for evading military service. Steve Yoo, a Korean-born American singer, gained popularity for his sporty image and explosive dancing style until he acquired U.S. citizenship in 2002. He has been banned from entering South Korea for widespread criticism that he changed nationality to evade military conscription.

Big Hit Music said on its fan community Weverse that BTS members hope to resume full-fledged activities in 2025, while BTS members who are not serving in the military will do solo activities to minimize the impact of sequential military services.

"In the short term, some members are scheduled to perform individual activities by the first half of next year," Hybe CEO Park Ji-won said in a letter to shareholders, responding to concerns among investors about whether Hybe will be able to maintain its growth. Hybe's share prices have shown a steady fall in September and October this year.

"We're going to make sure that BTS can be with fans with various pre-prepared content," Park said, adding that Hybe has prepared for the absence of BTS group activities. He disclosed plans to introduce more than four teams in 2023. "From a mid-to-long-term perspective, Hybe is constantly producing music and artists that impress fans through a multi-label strategy."

Hybe reported brisk performances in 2021, despite a COVID-19 pandemic that prompted artists to cancel or put off offline concerts. The consolidated net profit in 2021 rose 62 percent on-year to 141 billion won ($118 million). Sales jumped 58 percent to a record high of over 1.25 trillion won while operating profit was up 30.8 percent to 190 billion won.

In April 2021, Hybe acquired Ithaca Holdings, a Los Angeles-based investment holding company that controls the label of Justin Bieber and Ariana Grande, for $950 million, after BTS founder Bang Si-hyuk transformed his agency into a comprehensive entertainment lifestyle platform company that creates and delivers extended content and services based on music to fans.

Bang has organized a structure formed by three axes. The music label survives under the name of Big Hit Music. The solution division consists of subsidiaries that create secondary and tertiary businesses specialized in performance, video content, intellectual property and games. The platform division is based on Weverse, a fan community service that makes profits through subscription models and streaming.