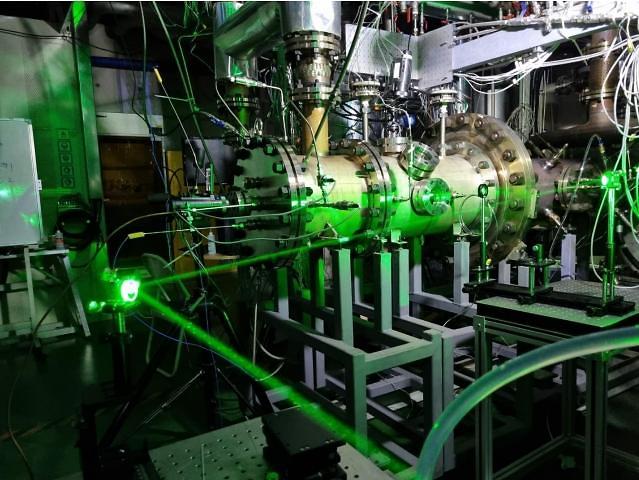 SEOUL -- South Korean researchers have developed a hydrogen combustor unit for liquefied natural gas turbines used at thermal power plants. The combustor, which will reduce carbon dioxide emissions by about 10 percent, will be demonstrated in 2023.

Power plants using liquefied natural gas (LNG) turbines emit about 40 percent less carbon dioxide than their counterparts that use coal as their main fuel. Other than renewable energy sources, LNG is the fuel with the lowest level of carbon emissions.

Many fossil fuel-based turbines and engines can be operated using pure hydrogen or a mixture of hydrogen and fossil fuel with little modifications. However, they need a combustor unit to control the amount of fuel or fuel mixture injected into the engine for the maximum efficiency of combustion.

The Korea Institute of Machinery & Materials (KIMM) said that a research team led by Kim Min-kuk has developed a hydrogen co-firing combustor for the first time in South Korea. The combustor unit allows conventional LNG turbines with 30 percent hydrogen co-firing that can reduce carbon dioxide emissions by 10.4 percent.

The combustor unit will be demonstrated in 2023 in cooperation with a public power company and Doosan Enerbility, a heavy industrial equipment maker that plays a key role in South Korea's power industry. KIMM researchers aim to increase the mixture rate to up to 50 percent and achieve about a 20 percent reduction in carbon dioxide emissions. Their final goal is to achieve carbon neutrality with eco-friendly gas turbines running solely on hydrogen fuel.

“For transition to an eco-friendly and carbon-free energy society, it is essential to develop hydrogen fuel conversion technology for medium and large-sized gas turbines and to conduct demonstrations at power plants," KIMM President Park Sang-jin said in a statement on October 18.