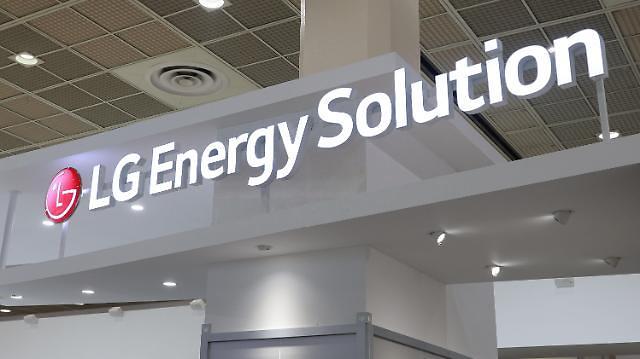 SEOUL -- LG Energy Solution signed a supply deal with Syrah Resources, a resource company based in Australia, to receive 2,000 tons of natural graphite, a key component of lithium-ion batteries, from a plant to be built in Louisiana. The deal will help the South Korean battery maker reduce its reliance on Chinese raw materials regulated by a U.S. inflation reduction act.

Under a memorandum of understanding, LG Energy Solution (LGES) will increase the scale of cooperation with Syrah, which operates the Balama graphite mine in Mozambique's Cabo Delgado province, to establish a stable supply chain in North America. Financial terms and other details were not disclosed.

LGES regards the use of natural graphite from Syrah as a "good opportunity" to overcome the inflation reduction act (IRA) that only subsidizes electric vehicles using batteries, which are assembled in North America and contain more than a certain percentage of core minerals extracted in the region. "This cooperation is significant in that we will be able to preemptively secure competitive raw materials in the U.S., a key strategic market," LGES CEO Kwon Young-soo said in a statement on October 20.

Anodes play an important role in a high-capacity battery. The more ions the anode can hold, the higher its energy capacity. Graphite anodes are widely used for lithium-ion batteries. South Korean companies have tried to reduce their dependence on Chinese graphite.

LGES is expanding its strategic partnership with battery material companies in North America to build supply chains that meet IRA incentive conditions. The battery maker has partnered with Stellantis N.V. to open a joint battery plant in North America. A joint venture between LGES and General Motors is building two battery plants, while Michigan was selected as the site for a third plant.

In its latest deal in September, the battery maker teamed up with three Canadian battery material producers to cooperate in supplying and processing rare metals such as lithium and cobalt that can be used for producing lithium-ion batteries.