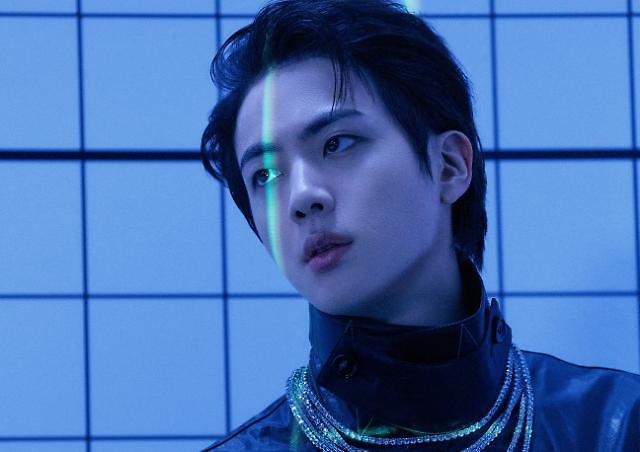 SEOUL -- British rock band Coldplay has collaborated with Jin, the eldest BTS member, for a solo single titled "The Astronaut" ahead of his conscription for South Korea's mandatory military service. The five-member British band has previously released a collaboration single called "My Universe" with BTS in both Korean and English.

Jin's agency, Big Hit Music, posted a poster on Facebook that the new single would be released on October 28. The music video trailer showed an astronaut coming out of a spaceship and swimming in the quiet space where meteoroids are floating around. The astronaut then finds a mysterious light in the dark.

At a concert in South Korea's southern port city of Busan on October 15, Jin said, "I've got to release a song since I've been in contact with my favorite person."

BTS has shocked global fans with a sudden decision to fulfill the compulsory military service one by one, starting with Jin. The decision ended a wave of social discussions on whether BTS members should be exempted from military service required for all able-bodied males aged 18 to 28 unless they have physical or mental problems.

The seven-member band has collaborated with global pop stars such as Nicki Minaj and Halsey. Nicki Minaj featured in BTS' song "IDOL" in 2018 which ranked at No.11 on Billboard Hot 100. Halsey featured in the band's music video, "Boy With Luv" and performed the song with BTS members at the 2019 Billboard Music Awards.