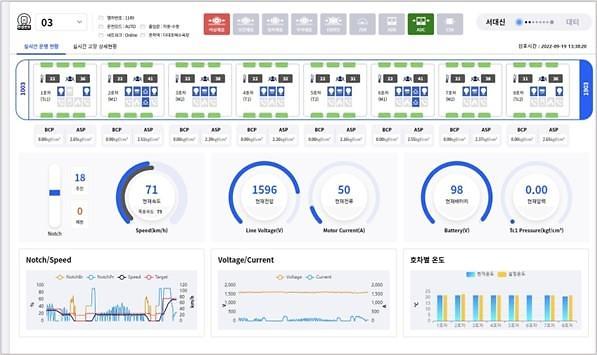 The condition-based maintenance (CBM) platform for the real-time monitoring of trains' operation data can communicate with drivers and make quick decisions in case of an emergency through machine learning. The system created through collaboration with Busan Transportation Corporation will be preferentially applied to Busan Metro Line 1, a 40-kilometer (25 miles) long subway line with 40 stations, to establish a safe management network for subway trains.

Because Busan is South Korea's second-largest city with many mountains, subway trains play a crucial role in helping people commute. The city with a population of some 3.4 million has a total of six subway lines that stretch over 205.6 kilometers. Through a 688.3 billion won ($485.2 million)-project, the southern port city aims to upgrade the safety management capability of subway trains by eradicating the sources of civil and industrial accidents.