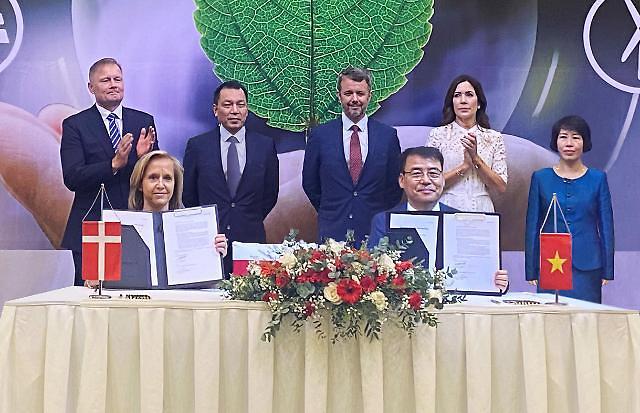 Doosan Enerbility said that a business agreement was signed between Doosan Vina and Orsted on the sidelines of a sustainable energy summit in Hanoi. "Through cooperation with Orsted, we will expand our position in the Vietnamese offshore wind power market, which will be created on a 7GW scale by 2030," Doosan Vina CEO Kim Hyo-tae said in a statement on November 3.

In South Korea, Orsted unveiled a green energy project in 2020 to establish an offshore wind power complex with a potential capacity of up to 1.6GW near Kurop Island in Ongjin County. The Danish company has promised to shape a competitive supply chain with local companies. Offshore wind farms consume less space compared to other renewable energy sources such as solar power plants and can survive extremely harsh environmental conditions.