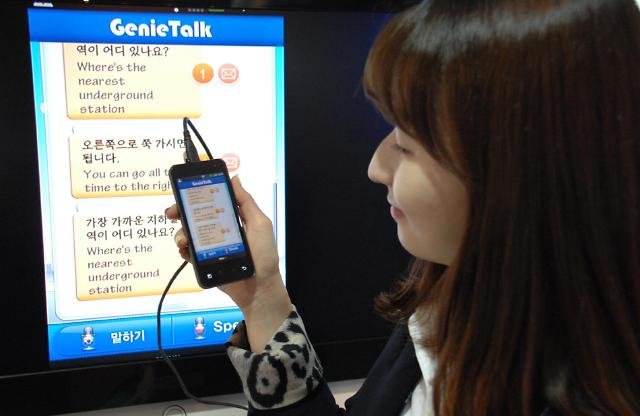 SEOUL -- South Korean researchers have developed a conversational artificial intelligence technology that can understand up to 24 languages including Korean, English, Chinese, and Japanese. The AI can recognize voices in different languages and convert conversations into texts. The technology can be used for AI assistants, AI tutors, and other AI-based services.

Voice recognition technology led by global tech companies such as Google, Microsoft, and Amazon, is widely used. Smart technology is mostly used in smartphones and AI-based voice assistant devices to understand voice commands based on a database of different languages.

Because each person has his or her unique choice of words and speaks in different styles and speeds, some voice recognition AIs are not very accurate. According to a consumer survey conducted in 2020 by Statistica, a global data analyst company, showed that 73 percent of consumers cited accuracy as the main factor that slows down the widespread adoption of voice recognition technology.

ETRI will increase the number of supported languages to 30 by the end of 2022. "This development holds a great meaning as we were able to create voice recognition technology with a similar performance compared to global leading companies' AIs," ETRI researcher Kim Sang-hoon said in a statement on November 3.