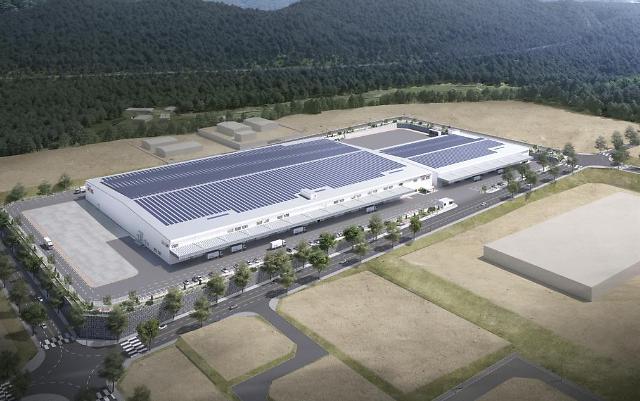 The car parts maker said in a statement on November 10 that the company signed a memorandum of understanding with the North Gyeongsang Province and Gyeongju City. Hyundai Mobis will inject a total of 94.8 billion won to start building the mega-sized logistics center while local governments provide administrative support so that investments can be speedily made. The center will go operational by the end of 2024, Hyundai Mobis said.

The logistics center will be equipped with robot arms for the transport of small and medium-sized products. Its loading bay and cargo storage areas will also be automated. Solar panels will be installed on the rooftop of the logistics center. Hyundai Mobis said that the center will rely 100 percent on renewable energy by 2040.