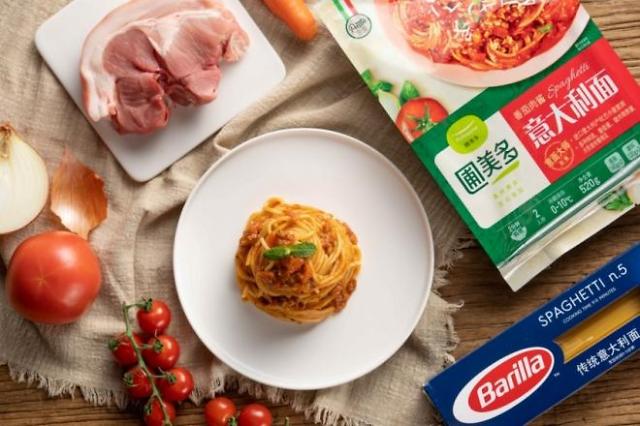 SEOUL -- Pulmuone, a food company based in Seoul, will increase the production of its heat-and-eat pasta products in the company's Beijing plant to meet growing demands in China. By establishing the automated pasta production system, the company aims to increase its annual pasta production capacity to about 100 million from the current 45 million.

Pasta accounted for 43 percent of sales of Pulmuone's Chinese subsidiary Pumeiduo Foods in 2021. The total sales of Pumeido Foods in the first half of 2022 surged by 35 percent from the same period a year ago thanks to the rising popularity of refrigerated pasta. The Chinese branch is currently selling various pasta products including tomato meat sauce, tomato seafood, black pepper and cheese & bacon.

Pulmuone invested about 31.6 billion won ($24 million) to build an automated pasta production line at a factory in Beijing. "As demands for pasta continue to increase among Chinese millennials, we expect the demands will continue to increase in the Chinese market with a population of 1.4 billion," Pumeiduo Foods CEO Doo Jin-woo said in a statement on November 14. The company will accelerate its home meal replacement (HMR) business using its Beijing plant as a production base.

Heat-and-eat meal packs are favored by consumers due to their simple recipes. South Korean HMR products that contain dumplings and Tteokbokki, a cylinder-shaped rice cake dish with hot chili paste, are gaining popularity in China. Through the construction of the second plant in Beijing in April 2022, Pulmuone expanded its tofu production capacity from 15 million units to 60 million.