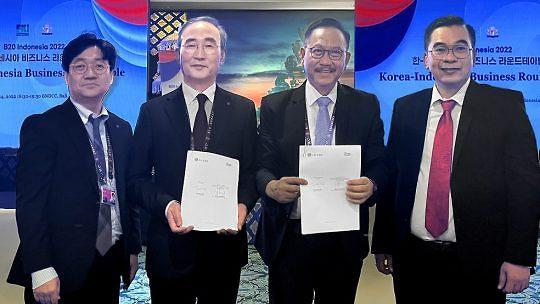 Under a memorandum of understanding signed during the B20 summit in Bali on November 14, LG CNS said it would participate in designing a smart service concept. A cabinet-level agency tasked with managing and governing Nusantara is in charge of basic design such as land use planning, traffic signal systems, and housing construction.

LG CNS has been selected for a state project to digitally transform a government complex in Sejong and establish an integrated control system using digital twin, a private 5G network, big data and artificial intelligence. Digital Twin technology enables the creation of virtual clones of real-life objects and environments. The technology is used to test dangerous equipment or simulate disastrous situations without causing catastrophic damage to the real world.

LG CNS will also work with Indonesian partners to push for a smart city pilot project in the Sanur area in Bali.