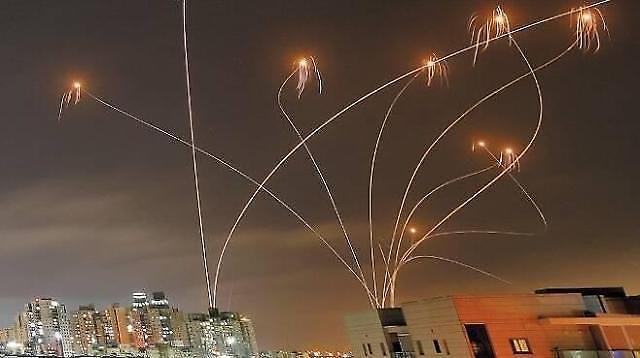 SEOUL -- LIG Nex1, a defense contractor in South Korea, was selected for a deal to deliver the prototype of an interceptor missile, marking the official beginning of a much-heralded military program to develop a dome-shaped air defense shield that intercepts North Korea's long-range artillery shells.

The contract worth about 11.3 billion won ($8.5 million) is part of a research and development project that "integrates the prototype of a long-range artillery interception system," LIG Nex1 said in a regulatory filing on November 16. The contract with the Agency for Defense Development (ADD), a state defense technology development agency, calls on LIG Nex1 to complete development in July 2024.

The LAMD system would use advanced active electronically scanned array (AESA) radars to detect and track multiple targets simultaneously. AESA radars can electronically steer the beam of radio waves to point in different directions, along with a combat control station that calculates where and how shells will fall.

South Korea would use much better radars and equipment than Israel's Iron Dome which has three central components: a radar system, a control center and interceptor missile launchers deployed in a scattered pattern. Each launcher, containing 20 interceptors, is independently deployed and operated remotely via a secure wireless connection.

Together with LIG Nex1, Hanwha Systems is a key contractor in a deal worth $3.5 billion South Korea signed with the United Arab Emirates in January 2022 to sell the improved version of Cheongung, which is a mid-tier surface-to-air missile (SAM) system developed with technical support from Russia's Almaz Antey to replace old U.S.-made Hawk batteries.

Hanwha Systems has shown confidence over the performance superiority of its multifunction radar system installed in South Korea's Cheongung homemade medium-range guided interceptor capable of blocking both ballistic missiles and aircraft. The Cheongung block-2 system (Cheongung-II) based on Russia's S-400 technology features the function of intercepting ballistic missiles at an altitude of about 20 km.

For Cheonggung-II, Hanwha Systems would provide a phased array MFR that can carry out combined tasks with a single radar such as detection tracking, identification, jammer response, and guided-missile capture and tracking communication.

An initial military roadmap presented by the Defense Acquisition Program Administration (DAPA), an arms procurement agency, called for the development of a LAMD system by 2029. In a report to President Yoon Suk-yeol in July, Defense Minister Lee Jong-sup came up with a renewed timetable to complete the operational deployment of a LAMD system earlier than scheduled.