More than the ability to fight their opponents, we need competence from lawmakers 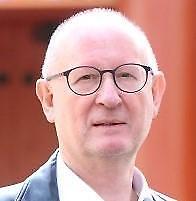 SEOUL -- When the President’s chief of staff was questioned last week at a National Assembly meeting about the Itaewon tragedy, lawmakers wanted to know why President Yoon Seok-yeol hadn’t fired anyone yet.

Why hadn’t he kicked out any Cabinet ministers, they asked. And what about police? You can’t have police chiefs investigating themselves, so why haven’t they been fired? And, they pushed, isn’t the President more directly at fault? Yes, he has apologized but he didn’t say he was responsible, did he? Doesn’t that mean he thinks it’s not his fault? If the President had said something about safety, ministers would have talked about safety and the police would have stressed safety. But he didn’t. So, he’s responsible, isn’t he?

At this point, two presidential aides in the audience muttered under their masks and one wrote on his colleague’s notepad, “Really funny.” (웃기고 있네)

Unfortunately for the aides, cameras caught the moment and soon everyone knew. The lawmakers felt disrespected and were furious. The presidential officials apologized. “We weren’t referring to the lawmakers’ questions,” they said. “It was a private conversation.”
But it was too late. The damage was done.

Afterwards, the opposition leader, Lee Jae-myung, used the incident to return to the resignation theme and demand that the prime minister resign. “Does a parliamentary audit that seeks to determine the cause of this (tragedy) look funny?” he said. “The government should take responsibility for failing to protect the people's lives and safety, beginning with the prime minister's resignation.”

In other circumstances, a sarcastic note and angry lawmakers would seem trivial to the public. But given the horror of the Halloween deaths and the raw public emotion that is turning from shock to anger, you’d think the presidential staff could have refrained from witticisms?
Yes, they should have. There is no defense.

Here’s what I mean. It seems to me that opposition parties in Korea – regardless of which side is in power – have one main strategy when it comes to dealing with presidents. That is, to get the officials he has appointed fired.

Now, there’s a certain competitive logic here. A leader, they say, is only as good as the people he appoints. So, if you can get the president’s people fired, or, better still, block the appointment of his preferred people at the start, you can reduce the chance he will do a good job as president. And, as long as you can pretend that your motive is actually the national interest, your shaping of the national debate in this way may make you look good with your own supporters.

But there’s a big flaw with this strategy. It is – and this may be a useful insight for politicians who wonder why lawmakers are among the least admired people in society – that it is not how many, or even most, voters want them to compete.

Why? Think about it. Besides their active role criticizing the other side, the job of opposition parties is to propose, debate and make laws and also to prepare for leadership. When they’re out of power, they need to demonstrate to the electorate that they are more capable than the party in power. We pay them to do that.

But what does this mean in practice? Does it mean that, in being good critics, they must undermine the president? To an extent, yes. It’s in their interest that the president look bad. But is it their job to make him fail? I would say, yes and no. Yes, they want him to fail enough so that they win the next election. But, no, they don’t want him to be a disaster because then the country suffers.

There is a fine line. But it’s one they don’t seem to care about.

It is my impression that by focusing on resignations when they were questioning the presidential chief of staff, the politicians exposed something rather shallow and unpleasant in their motives. It was as if they had already forgotten the victims and were now jumping at the chance to advance themselves.

What could they have done instead? This may be old, but I am reminded of the example set by a then-unknown lawmaker, Roh Moo-hyun, in the late 1980s during the first National Assembly hearings on the massacre of protestors by martial law troops in Gwangju. While other lawmakers rambled, lost their tempers, and shook their fists at the once-feared generals in the witness seat, Roh maintained his composure and put the witnesses through well-articulated and pointed interrogation. Korea’s democracy was only two years old then, but the public appreciated Roh’s professional manner and he became an instant star.

How was Roh able to do this? He focused on what needed to be revealed about what the witnesses had seen, heard and done so that we could understand how our own troops could kill our own young people in the way that they did. I cannot know this, but I imagine that while other politicians focused on how they themselves appeared – the hearings were televised live – Roh saw himself not just as a representative of the people, but as a leader, showing the people what we needed to know in this situation.

With the Itaewon tragedy, the public of course wants to know what happened. It makes perfect sense that police and others should be fired if found negligent. Similarly, some government leaders should probably feel responsible and resign. But, at the same time, I find that people want fairness. An investigation does not serve to justify punishment that must be handed out to appease public emotion. Rather, it should reveal what went wrong. It should lead to recommendations about how to improve policing of crowds and prevent such a thing ever happening again.

There is another reason to want professionalism from lawmakers. None of us believe that the President, the prime minister or police and fire chiefs acted deliberately to cause the deaths of so many people. I am sure there were mistakes and they may even have been serious enough to be called negligence. But, if you talk to people with experience in safety, you find that this was an unforeseen tragedy in the sense that it was not something that our society had imagined could happen. That was why we had no preparation to prevent it. That was why nobody, as far as I know, in the dense crowds in previous Halloweens went afterwards to the police to tell them that it was dangerous and that in future there should be crowd control. Restaurant and bar owners didn’t do that. Journalists didn’t write about it. Nobody told their local politicians and government officials. Why? Because nobody imagined it.

But, almost certainly, we now need new police guidelines, new laws, and possibly a whole review of how a government may best fulfil its duty to keep the people as safe as possible. That is something that lawmakers need to be involved in. But are they capable? That is what we want to know.