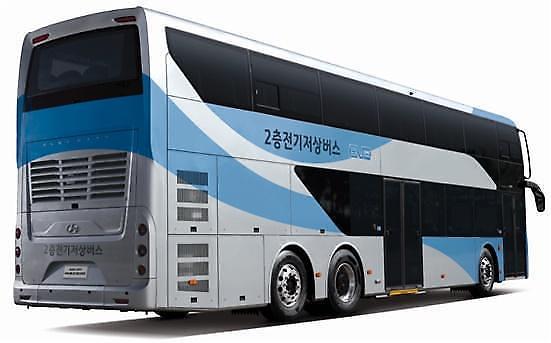 SEOUL -- South Korea will accelerate the adoption of electric intercity double-decker buses to help commuters travel more conveniently from Seoul to surrounding cities, and back. The two-story buses can carry more passengers on a single trip because it has 70 passenger seats while conventional buses have about 40 seats.

In 2019, about 1.3 million people commuted from Gimpo, a western satellite city of Seoul, and the western port city of Incheon to the capital city using public transportation including subway trains and buses. About 43 percent of the passengers use buses, which take about 90 minutes to travel to Seoul from Incheon.

The transport ministry said a total of 15 electric intercity double-decker buses will be deployed to two routes that carry commuters from Seoul to the southwestern satellite city of Hwaseong, and back. On a route that connects Seoul to the southern city of Yongin, 11 buses will be deployed. Various driving safety devices such as a lane departure warning (LDW) system are installed on the buses. The LDW system can prevent accidents by warning a driver when a vehicle moves out of its lane.

"Starting in 2023, we will try hard to traffic problems on intercity routes by significantly increasing the number of two-story electric buses," MTC's intercity traffic policy bureau director Kim Young-kook said in a statement on November 22.