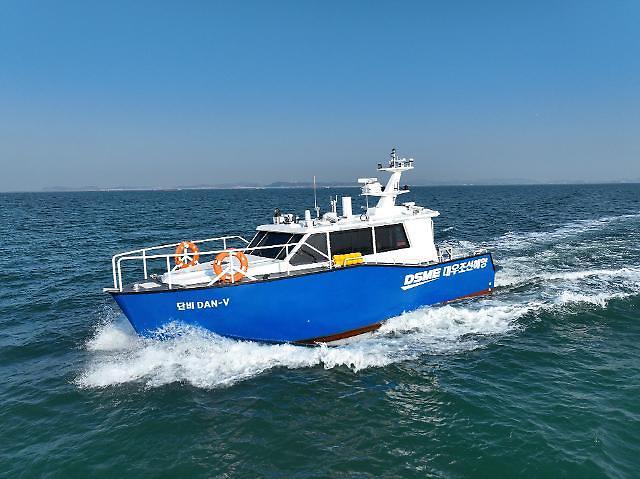 
SEOUL -- Daewoo Shipbuilding & Marine Engineering, a major shipbuilder, has completed the on-site performance run of its test smart ship for autonomous operation, securing sufficient operational data that would be applied to an actual ship in 2023.

The shipbuilder thinks ABS' certification would simplify the process of applying DS4 to ships without separate verification as the solution could be applied immediately to actual ships. The test ship simulated the operation of a large merchant ship.

Various tests were conducted such as a remote control test that can check the response of the engine and the rudder according to the command of a land control center, a route follow-up test to ensure that the vessel was well followed along the planned route, and a collision avoidance test to avoid the risk well when it encountered multiple vessels.

Smart ships are expected to revolutionize the landscape of ship design and operations. Along with efficiency in traffic, smart ships can minimize human errors that caused about 70 to 80 percent of marine accidents. Smart shipping can be divided into unmanned ships ruled by an operator from a control center onshore and autonomous ships which use a computer on board that takes decisions about the route, speed, fuel consumption, maintenance and even mooring in the harbor.

Lloyd's Register, a global professional services company specializing in engineering and technology for the maritime industry, has classified six levels for autonomous ships.

For level 1 and level ships, all actions are taken by a human operator, but a decision support tool would be present and information could be delivered from shore. A level 3 ship would have a human in the loop for all operational decisions and actions. The human would be able to intercede and override autonomous operations. A level 4 ship would be similar, but the human is only a supervisor with no control over operations. Level 5 and Level 6 ships are fully autonomous, where decisions are actioned by the system with no human supervision.