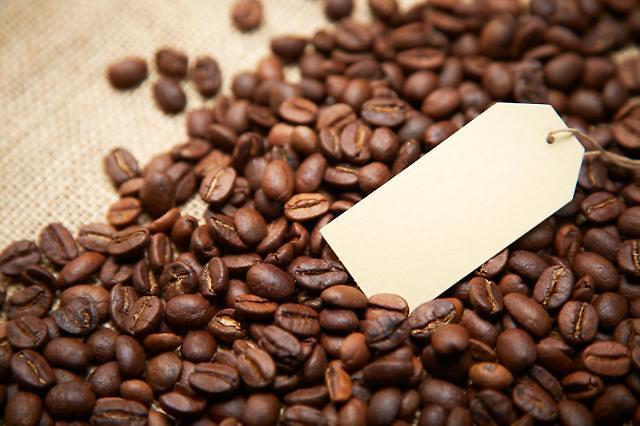 SEOUL -- South Korea's southern port city of Busan partnered with the Specialty Coffee Association, a nonprofit organization that issues global barista certificates, to nurture the city's coffee industry by establishing big data of green, unroasted coffee beans that baristas can access to choose the most ideal type of coffee for their shops.

Visiting coffee shops has become an everyday culture in South Korea. It is common to see young students studying or chatting with friends at coffee shops and couples spending time together while enjoying their coffee. In 2018, the domestic average coffee consumption by adults was 353 cups, about 2.7 times higher than the average world consumption. South Korea's coffee imports reached one trillion won ($751.9 million) in 2021, up 24.2 percent from a year ago. Switzerland was the largest exporter, followed by Columbia and Brazil.

In 2020, Busan with a population of some 3.3 million had a total of 5,669 out of some 83,000 coffee shops in South Korea with a population of 51.8 million. The southern port city has many streets with unique and cozy coffee shops favored by tourists. Jeonpo Café Street with various colorful coffee shops in central Busan was selected as one of the must-visit locations by the New York Times and CNN. About 2.7 million foreign tourists annually visited the port city before 2020 when the first wave of a coronavirus pandemic hit the country.

Busan signed an agreement with the Specialty Coffee Association (SCA), a global coffee community of baristas and coffee experts, to nurture the coffee industry. The city hopes to host global coffee events in collaboration with SCA. Busan aims to digitalize various types of green coffee beans so that baristas can figure out efficient ways to roast them. The southern port city earlier provided data on some 140 kinds of unroasted coffee beans using trust funds from CABEI, an international financial institution based in Honduras.

"We will try our best to become a global coffee city by creating policies and discovering various businesses so that more tourists and coffee companies visit Busan," Busan mayor Park Heong-joon said in a statement on November 25.