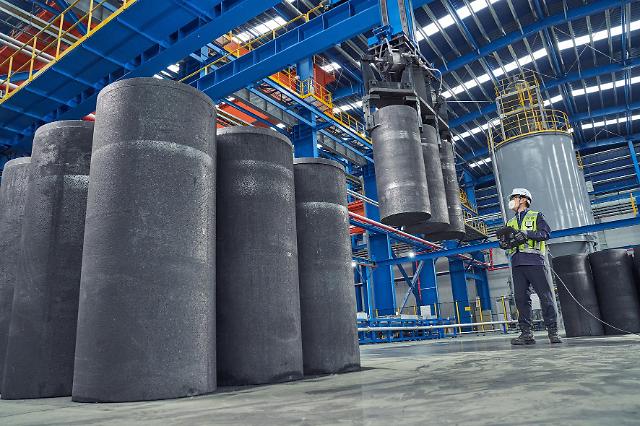 In July 2022, POSCO Chemical secured a three-year contract worth 13.7 trillion from GM to supply cathode materials for high-nickel batteries to the GM-LGES joint venture, Ultium Cells. Separately, POSCO Chemical and GM have agreed to build a joint venture plant in Quebec, Canada, to produce high-nickel cathode active materials for Ultium Cells from 2025.

"We will actively promote the expansion of global customers based on our own technology and competitiveness in raw materials, and grow the business of cathode and anode materials in a balanced manner to become a global top-tier battery material company," POSCO Chemical CEO Min Kyung-joon said in a statement on December 5.

Lithium-ion batteries work by passing lithium ions between a graphite anode and a lithium cobalt oxide cathode. Anodes play an important role in a high-capacity battery. The more ions the anode can hold, the higher its energy capacity. Graphite is widely used for its relatively low cost, abundance, high energy density, and long life cycle.

Compared to natural graphite, synthetic graphite has a stable crystal structure to enhance the performance of batteries and is advantageous for fast charging. Synthetic graphite production has been led by Chinese and Japanese companies. POSCO Chemical, the only producer of battery-grade graphite in South Korea, completed a plant capable of producing 8,000 tons of synthetic graphite anode materials per year in December 2021.