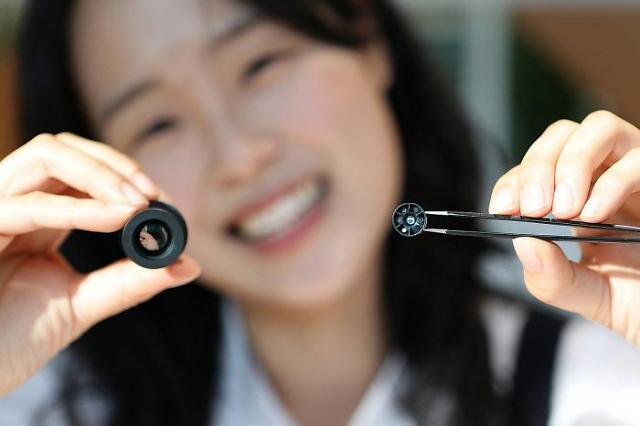 LG Innotek said that hybrid lenses for a driver monitoring system (DMS) and an advanced driver assistance system (ADAS) are 20 to 30 percent thinner than glass-only products and can maintain constant performance regardless of temperature and accurately recognize objects. LG Innotek described itself as the first company which has implemented high performance by applying plastic to ADAS lenses.

With new products, LG Innotek said it could gain an upper hand in the camera module market for autonomous driving. "LG Innotek's high-performance hybrid lens, which overcomes the limitations of plastic with innovative technology, will have a great impact on the market," LG Innotek's chief technology officer Kang Min-seok said in a statement on December 7.

LG Innotek said that hybrid lenses would increase the degree of freedom in designing as more sensors can be attached to other body parts such as front fillers rather than dashboards.

The demand for camera modules, which are essential for the collection of front traffic information and driving assistance, is increasing with the development of autonomous vehicle technology. LG Innotek has produced various modules for car components as part of a group-wide strategy to put more resources into viable sectors.

LG Innotek said it is set to mass-produce camera modules with DMS lenses and launch camera modules with ADAS lenses in 2023. DMS uses a camera mounted on the dashboard. The European Union has mandated DMS for inclusion in all new vehicle models starting in 2024. The modernization of ADAS applications is the first step toward realizing autonomous vehicles.

LG Innotek has stepped up the introduction of future car parts that can advance the era of fully autonomous driving. In June 2022, the company unveiled a new in-vehicle radar module capable of detecting the presence or movement of life using radio waves. The module boasting the world's highest resolution and performance can prevent theft and identify the location and number of passengers in all seats as well as bio-signals and movements.