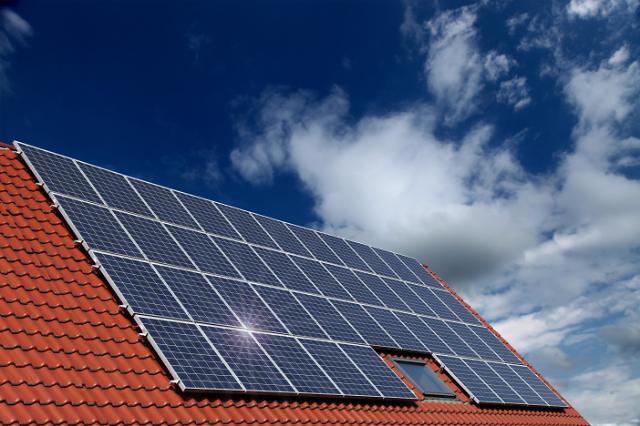 SEOUL -- The southern industrial city of Daegu some 240 kilometers (149 miles) southeast of Seoul will transform its outdated factory areas into a renewable energy power plant complex by replacing old slate factory roof materials with solar panels while using idle spaces for solar energy generation facilities. The solar power plant infrastructure, which would be the size of some 120 football fields, will have a 1.5-gigawatt generation capacity that can power some one million households.

Daegu played the role of the heart of South Korea's fabric industry with its huge complexes of fabric-related factories in the 1970s and 1980s. However, its industrial complex started to deteriorate when many business operators decided to move their base of manufacturing to China with cheaper labor costs after the country was struck hard by the Asian financial crisis in the late 1990s. The southern city with a 2.3 million population now houses industrial complexes filled with automotive parts subcontractors. Many of the factory buildings in Daegu are old structures from the city's blooming days.

Daegu said that the southern city signed a memorandum of understanding with five partner companies and seven industrial complex management bodies to reform its old industrial infrastructure into a smart factory complex with green energy generation capabilities. The construction for the mega-project will break ground in 2023 and the renewable power generation facility will be operable by the end of 2025.

The electricity generation by solar power facilities in seven Daegu industrial districts will account for up to 15 percent of the total electricity consumed by the city. Through the mega-scale reformation project, 1.16 million square meters of outdated slate roofs with asbestos will be removed. Asbestos is a natural mineral extremely harmful to the lungs. Residents exposed to the carcinogenic mineral can experience lung cancer and other respiratory diseases. The dangerous material was banned from use at construction sites and other factories in the mid-2000s.

"We will create Daegu into a leading renewable energy and carbon-neutral city by achieving carbon neutrality and smart digital transformation of factories through an unprecedented private investment project," Daegu Mayor Hong Joon-pyo said in a statement on December 12. The city predicted that about 950,000 tons of greenhouse gases will be reduced annually through the project.

South Korea has focused on turning various infrastructures into eco-friendly power generation venues to make the country greener and save space. In January 2021, a 12 kilowatt-hour-class solar power plant was also built on Olympic-daero, an eight-lane expressway that interconnects southern districts in Seoul. Seoul City has offered subsidies to support building and house owners who wish to install solar power panels on the rooftops and walls.