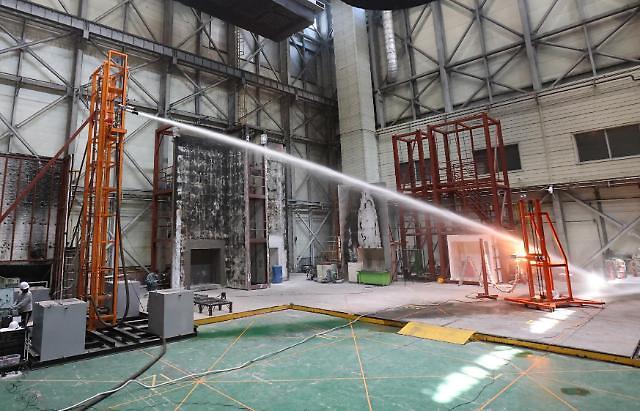 SEOUL -- LG Chem, a chemical unit of LG Group, teamed up with GS EPS, a private power generation company in South Korea, to build and operate a biomass power plant that produces industrial steam and electricity using wood waste from households and industrial sites as raw materials. Commercial operation is to begin in the first half of 2026.

Biomass is a plant-based material used as fuel to produce heat or electricity. Examples are wood and wood residues, agricultural residues, and waste from farms, households and industrial sites. Wood pellets are the most common type of pellet fuel and are generally made from compacted sawdust. Other industrial waste sources include empty fruit bunches, palm kernel shells, coconut shells, discarded treetops and branches.

LG Chem and GS EPS would build a biomass plant using woodchips in Yeosu, some 320 kilometers (198 miles) south of Seoul by injecting 320 billion won ($245 million), to generate electricity and steam for an LG Chem factory. The facility would help reduce about 400,000 tons of carbon emissions.

"Carbon reductions through this biomass (plant) will become a key element for achieving carbon neutrality in 2030 together with major initiatives currently being promoted such as recycling and biomaterials," LG Chem's petrochemical business head Noh Kug-lae said in a statement on December 20.

In April 2022, LG Chem and the state-run Korea Institute of Science and Technology (KIST) opened a laboratory that will focus on the utilization of carbon dioxide in the electrochemical production of ethylene and the biological production of organic acid using biomass and by-product gases.