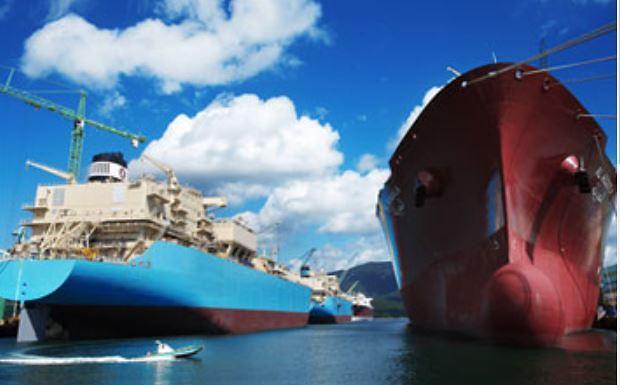 Liquefied natural gas (LNG) is typically stored and transported in tanks as a cryogenic liquid at temperatures of -163 degrees Celsius to increase its density. Although tanks are insulated, warming occurs, leading to the natural evaporation of LNG at its boiling point. The boil-off gas must be removed and re-liquefied to preserve the pressure of storage and fuel tanks. Reliquefaction requires a lot of equipment.

Samsung Heavy Industries (SHI) said that the shipbuilder has successfully demonstrated its boil-off gas recovery system called "BReS" for LNG propulsion ships and received a "statement of fact" from the American Bureau of Shipping (ABS).

The liquefaction of LNG is a complicated process that uses various compressions and expansions to achieve high pressures and very low temperatures.  Instead of high-pressure compressors, BReS uses cold heat from LNG supplied to the engine and can re-liquefy excess boil-off gas. Foreign manufacturers have supplied high-pressure compressors which remove excess boil-off gas through forced combustion, resulting in carbon dioxide emissions.

"It is urgent to develop new technologies for carbon neutrality in the shipbuilding and shipping industries due to IMO's strengthening environmental regulations," Park Kun-il, a technical member of SHI's research center, said in a statement on December 20. SHI said that BReS can be adopted for eco-friendly vessels.

SHI opened a test facility at its shipyard on the southern island of Geoje in May 2021 to develop and verify key technologies. The shipbuilder has developed a liquefaction process that enables storage and transportation by cooling LNG at room temperature. Methane and nitrogen were used as refrigerant gas to reduce power consumption.