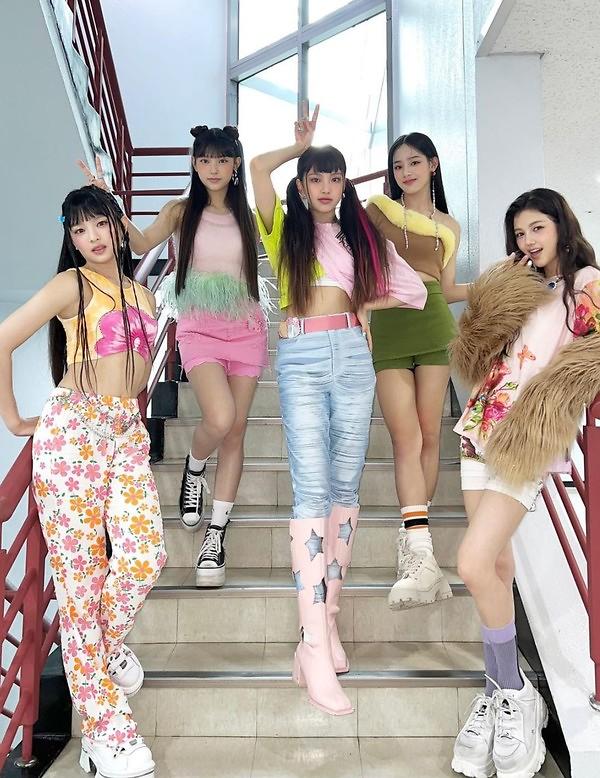 SEOUL -- NewJeans, a super rookie girl group formed by ADOR, a subsidiary label of the agency of K-pop superstar BTS, will release OMG, a single album that has surpassed 800,000 pre-orders. Through the album's title track with hip-hop and R&B features, the five-member band will express their cautious and distant feelings with their loved ones while portraying winter vibes.

ADOR said in a statement that the new album will be released at 6 p.m. (0900 GMT) on January 2. OMG is combined with electronic dance music and exciting rhythms. Ditto, a song in the album pre-released on December 19, gained explosive popularity for its calm melody. The music video surpassed 17 million views on YouTube.

The rookie girl group was formed by ADOR under command of Min Hee-jin, a genius idol incubator who planned concepts for SM Entertainment groups such as Girls' Generation, f(x) and Red Velvet. She branded outstanding costumes, styling, and album covers while directing Girls' Generation members to wear jeans and white T-shirts in the music video of Gee, a hit song released in 2009. In November 2021, Min was picked as ADOR's chief brand officer.