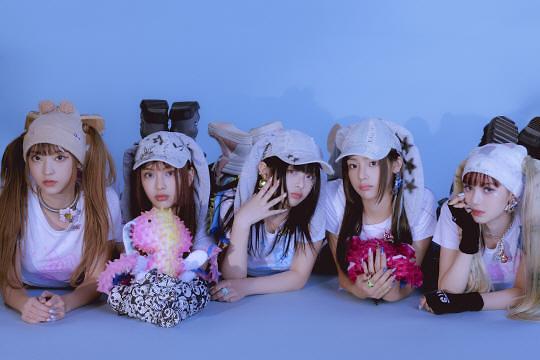 According to data released by iCharts, OMG entered the top 15 only three and a half hours after its release on January 2. As of 3 p.m. (0600 GMT) on January 3, Ditto was ranked first on Melon and Genie, the top two major song charts in South Korea, and OMG was ranked second. iChart creates a real-time song popularity chart based on songs' average ranking on South Korean online streaming song charts.

Through OMG, the rookie girl band expressed their cautious feelings toward their loved ones while portraying winter vibes. The track features electronic dance music and exciting dance rhythms. More than 800,000 copies of NewJeans' single album that includes OMG and Ditto were pre-sold before the official release.

The group formed by ADOR, a subsidiary label of the agency of K-pop phenomenon BTS, was regarded as one of the most loved K-pop bands in 2022. The band's debut song Attention entered Billboard's global chart just nine days after its release and the weekly top song USA chart on Spotify, the world's most popular music streaming service, less than 50 days after the band's debut. The second title song called Hype Boy was also streamed more than 100 million on Spotify.

ADOR is under command of Min Hee-jin, a genius idol incubator who planned concepts for SM Entertainment groups such as Girls' Generation, f(x) and Red Velvet. She branded outstanding costumes, styling, and album covers while directing Girls' Generation members to wear jeans and white T-shirts in the music video of Gee, a hit song released in 2009. In November 2021, Min was picked as ADOR's chief brand officer.