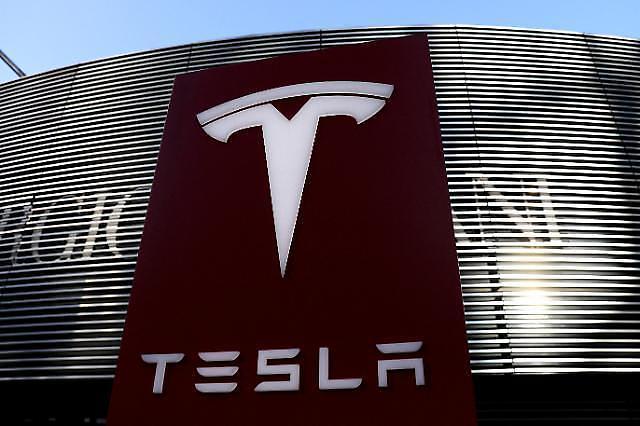 SEOUL -- U.S. electric carmaker Tesla and its South Korean unit were slapped with a fine of 2.85 billion won ($2.24 million) on January 3 for false and misleading advertising.

The Korea Fair Trade Commission (KFTC), an antitrust regulator in Korea, said that it has decided to impose the fine on Tesla, holding the global EV giant accountable for violating laws related to fair labeling and advertising as well as consumer protection in ecommerce.

The KFTC said the ads were misleading as they suggested that Tesla's electric cars can "run at least" hundreds of kilometers which the regulator said are only possible under an average temperature and in downtown areas.

The antitrust agency concluded that such ads are an exaggeration, saying that the driving ranges are shorter under other conditions. It said the actual ranges decreased up to 50.5 percent in cold temperatures.

The KFTC argued that it is wrong for Tesla to use expressions such as "up to 326 miles" in its ads here in Korea. The American automaker was also accused of providing misleading information about its electric cars' charging speed.

"Tesla was found to have hindered consumers from making a reasonable choice by misleading them about most important considerations when they buy electric cars," said Nam Dong-il, director of consumer policy at the KFTC during a press conference.

The regulator also said Tesla falsely advertised that its superchargers can charge cars enough to run hundreds of kilometers in 15 or 30 minutes, pointing out that such a charging speed is not possible under ordinary conditions.

The company advertised that its V3 model can run more than 446 km for a single charge. However, the KFTC found that the model’s real driving range was only 221 km, less than half of the advertised distance.

Tesla was also fined an additional 1 million won for unfairly attempting to making it hard for buyers to cancel their orders online.

The KFTC said it is unfair for Tesla to refuse to refund commissions of 100,000 won the company collected from customers for every order when they cancel their purchases.

According to the Korea Automobile Importers & Distributors Association (KAIDA), Tesla sold 6,746 electric cars in Korea in the first six months of last year, a 30 percent fall from 9,705 cars a year before with its market share falling from 84.9 percent to 52 percent.