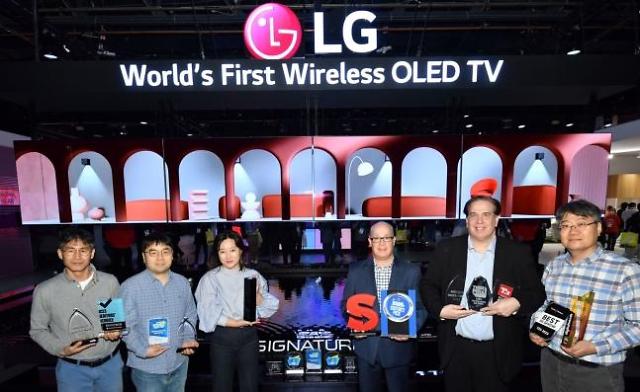 The company said that its profitability deteriorated due to sluggish demand, soaring prices of raw materials, and higher costs of distribution and marketing, despite a relatively strong performance in LG’s premium home appliance products.

It marked the first time since the last quarter of 2018 that LG’s quarterly operating profit has dropped below 100 billion won.

The company did not go into details of its earnings by sector. But it was reported that LG went through difficulties in its mainstream TV business due to weakened consumer confidence following high prices of energy and runaway inflation caused by the Russian war in Ukraine and mounting economic uncertainties.

Some industrial analysts cautiously predict that LG’s earnings may increase in the first quarter of this year, boosted by an anticipated rebound in the home appliance sector and a solid growth in the electronic auto parts business.

Samsung Electronics’ operating profit also nosedived 69 percent to 4.3 trillion won ($3.37 billion) in the October-December period of last year from a year before due to the falling prices of memory chips, according to the IT giant. It was the first time since the third quarter of 2014 that Samsung has posted a quarterly operating profit of less than 5 trillion won.