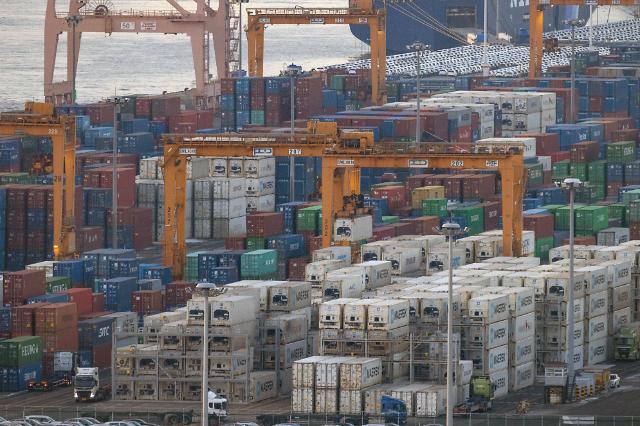 SEOUL -- South Korea's manufacturing sector is losing steam in the face of sluggish exports affected by a worldwide economic downturn, according to the Korea Development Institute (KDI).

The state-funded think tank said on January 8 that the country has entered the phase of an economic slowdown amid sluggish overseas shipments of Korean products. It added that the manufacturing industry is taking the brunt of the downturn.

Falling exports of semiconductors, the country's key export item, have started to deal a setback to the manufacturing sector, the KDI said. The institute predicted that the domestic services industry will also lose momentum if the economic outlook remains bleak.

The KDI warned that the Korean economy is likely to face growing downward pressure as interest rate hikes at home and abroad will stymie an economic recovery down the road. It also cited low business and consumer sentiment as well as the prolonged Russian war with Ukraine as downside risks that could cast a darker cloud over the economy.

The Bank of Korea (BOK) is expected to raise its key interest rate on January 13 when it convenes a monetary policy committee meeting. Since August 2022, the central bank has increased the rate from 0.5 percent to 3.25 percent to tame inflation. It is still under strong pressure for a further rate hike amid the U.S.’ aggressive monetary tightening.

According to official statistics, the country's exports fell 9.5 percent in December from a year before, following a drop of 14 percent in November. Shipments of semiconductors plunged 29.1 percent and 29.9 percent, respectively, in December and November.