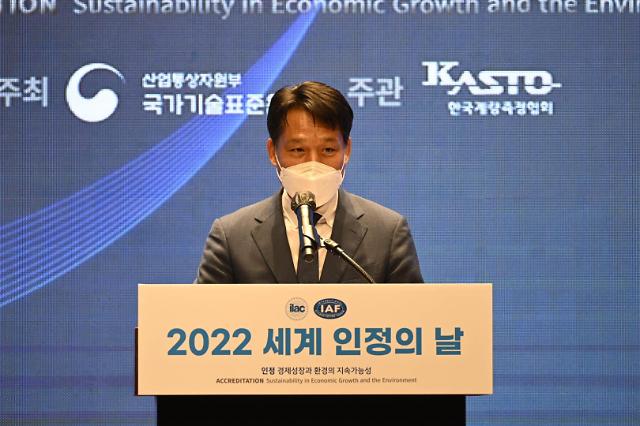 [Courtesy of Korean Agency for Technology and Standards]

SEOUL -- The South Korean government has decided to push for standardization of new core technologies such as self-driving, artificial intelligence (AI), and digital transition.

The Ministry of Trade, Industry and Energy said on January 9 that it will step up cooperation with the Korean Agency for Technology and Standards (KATS) in standardizing the country’s new technologies as part of efforts to explore new markets and boost exports.

The KATS, aligned with the ministry, disclosed a plan to standardize those technologies to help domestic firms gain a technological edge over their overseas rivals in speeding up digital transition and achieving carbon neutrality.

The agency, which has long overseen the country’s standardization, including the development of Korean Industrial Standards (KS), said that it has set 2023 as the starting year for digital transition. It has promised to expand the openness of KS data and promote the use of AI industrial standards.

The KATS has also revealed a plan to standardize solar modules and hydrogen fuel cells in order to cope with strengthening international environmental regulations. Besides, it plans to help small and medium enterprises to take advantage of technology standardization and certification so that they can make inroads into new business areas.

The agency said it will launch a support program for 40 small and medium businesses, which possess advanced technology related to electric vehicle and self-driving cars, to enable them to explore new markets.

The country’s efforts to lead standardization is expected to gain momentum, particularly after Cho Sung-hwan, CEO of Hyundai Mobis, an auto parts maker affiliated with the Hyundai Motor Group, was elected president of the International Organization for Standardization (ISO) last September for a two-year term starting from 2024.