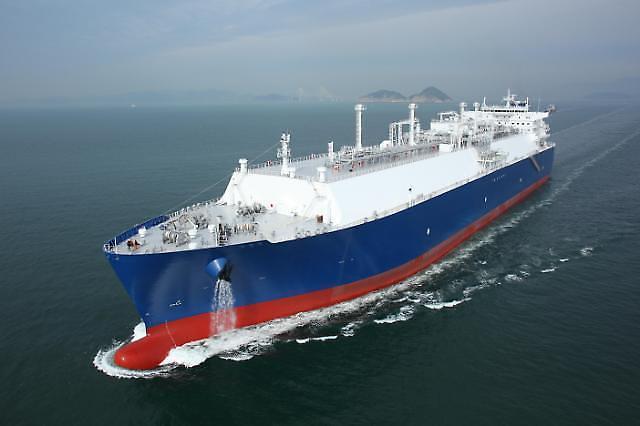 Solid oxide fuel cells (SOFC) are electrochemical conversion devices that produce electricity directly from oxidizing a fuel. SOFC uses various types of gases including hydrogen as the main source of fuel. Because SOFC has a high power output compared to its size, the fuel cell system is ideal for powering mega-sized heavy equipment such as oil tankers and giant tunnel boring machines.

According to Korea Shipbuilding & Offshore Engineering (KSOE) on January 9, the company signed an agreement with Elcogen and Fraunhofer IKTS, a German research organization specializing in SOFC technology, at the Consumer Electronics Show held in Las Vegas. KSOE will work with the private company and the institute to demonstrate a large-capacity SOFC system for ships and power generation.

"The collaboration between KSOE, Fraunhofer IKTS, and Elcogen has high potential at a time when the shipbuilding and offshore industries are now moving into a net-zero era," KSOE's chief technical officer Kim Sung-joon was quoted as saying.