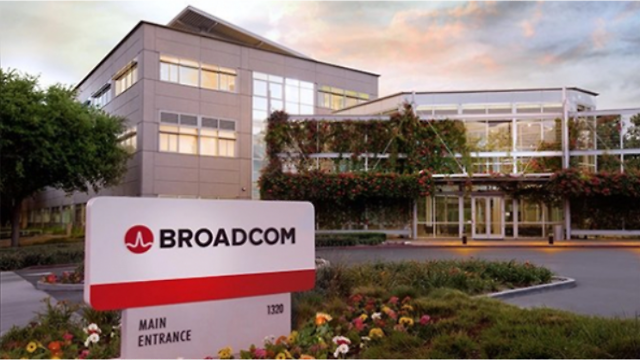 SEOUL -- Broadcom Inc., a U.S. chipmaker, has offered to set up a 20-billion-won ($15.8-million) fund as part of voluntary measures to correct its alleged unfair business practices, the Korea Fair Trade Commission (KFTC) said on January 9.

The proposal is seen as a move by Broadcom to avert any penalty from the antitrust regulator, or criminal charges for allegedly violating competition laws here in Korea.

The KFTC said that it has been investigating allegations that the American tech giant had forced Samsung Electronics, a top global memory chip manufacturer, to sign long-term contracts for the supply of smart device parts.

Broadcom is under criticism for allegedly abusing its dominant position to force Samsung to close a three-year deal with it in an unfair way. The deal called for Samsung to buy Broadcom’s products worth at least $760 million each year. And the seller demand that if the Korean IT firm fails to purchase the minimum amount, it should make up the difference.

The regulator has been in consultation with Broadcom since it allowed the company to submit an application for voluntary corrective measures in August last year.

According to the KFTC, Broadcom has promised to change its policies to prevent its unfair practice from happening again. The firm has also proposed the creation of the 20-billion-won fund to help small- and medium-sized businesses here.

The KFTC said that about 12.3 billion won of the fund will be used to support fabless startups for the next five years. And the remaining 7.7 billion will be mobilized to nurture semiconductor experts.

Besides, Broadcom plans to provide three years of warranty services for components which Samsung bought between March 2020 and July 2021. The components were installed into Samsung’s smartphones, including Galaxy S22 and Galaxy Z Flip 3.

Shim Jae-sik, an KFTC official in charge of overseeing manufacturing firms, said that Broadcom’s offered fund is more than a maximum fine estimated at 17.5 billion won the company may face if there were not for voluntary correctional measures.

However, critics said Broadcom’s proposed fund is much smaller than expected, given the serious nature of its unfair practices.

The KFTC said it will make a final decision on Broadcom’s voluntary correctional measures after gathering opinions from Samsung and other concerned parties and related government agencies for 40 days from January 10.

The measures, if finalized, will draw keen attention, considering that the KFTC has vowed to crack down on big tech companies for their long-held unfair practices in order to level the uneven playing field.

Han Ki-jeong, chairperson of the KFTC, told reporters last month that the regulator will conduct large-scale investigations into big tech firms over their alleged attempts to defeat their competitors unfairly in the chipmaking industry.

In 2021, the KFTC approved Apple Korea’s offer to raise 100 billion won in volunteer correctional measures to fix its anti-competitive practices. Apple faced allegations that it forced domestic mobile carriers to pay for its television ads of its iPhones and warranty service for the products.

In 2014, it also gave Naver, South Korea’s dominant internet portal, the go-ahead for its proposal to set up a 100-billion-won fund to correct its violation of fair trade-related laws.