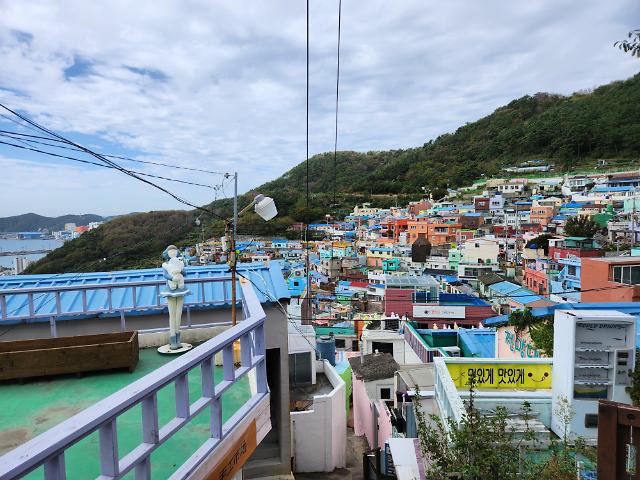 This file image shows the landscape of Gamcheon Village in southwestern Busan. [Photograph by Park Sae-jin]


SEOUL -- The southern port city of Busan will invest five billion won ($4 million) to create urban forests over 22 areas that are equivalent to some four football fields.

Busan, South Korea's second-largest city, has a population of 3.4 million over an area of 770 square kilometers. However, about 47 percent of the city consists of mountains, making the city very cramped with a small number of green areas that are easily accessible by citizens.

The port city famous for its mountainous environment is one of the most rapidly aging cities in South Korea. According to the state statistical information service, about 34 percent of households in Busan lived alone and 20.9 percent were aged 70 or older as of 2021.

Busan said that a total of 29,000 square meters of urban forests will be created in 22 areas of the city through a five billion won project. Small-sized green areas will be established under overpasses, idle areas on building rooftops, and on the sidewalks.

According to the World Health Organization, urban green areas can bring a lot of positive effects for city dwellers such as improving air and water quality and buffering noise pollution, but most of all, small forested areas can provide shelter for the mind of citizens who are constantly exposed to mental stress caused by urban environments.

"Through the creation of urban forests, we hope to provide areas where people can relax and rest, as well as a buffer that can reduce urban heat island phenomena," Busan City's environmental policy division head Lee Keun-hee said in a statement on January 12.

An urban heat island phenomenon occurs when pavements, buildings, and other artificial surfaces that replace the natural land cover collect and retain land heat. The phenomenon affects the energy efficiency of air-conditioned buildings and the occurrence rate of heat-related illnesses and mortality in urban areas.