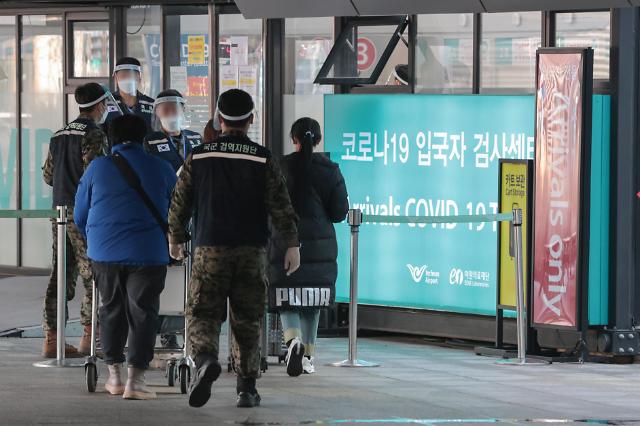 Such concerns have arisen since the Chinese immigration office said on January 10 that South Korean and Japanese travelers cannot enjoy transit visa exemption which is to allow them to stay in a Chinese city for 72 hours to 144 hours while transiting through China. The next day, Chinese also announced a decision to suspend issuing short-term visas for tourism, business, and medical treatment as well as other private purposes.

Those Chinese measures are widely seen as a retaliatory step against the two neighboring countries’ enforcement of entry restrictions on arrivals from China that are intended to block the spread of COVID-19 amid the resurgence of the pandemic in China.

Industrial sources expect that China’s visa suspension will have no mediate impact on Korean businesses, but warned that they could feel pain if the measures are in place for an extended period. Industrial sectors that could sustain the aftermath are airlines, duty free shops, electronics, carmakers and auto parts suppliers.

A trade expert said that if the pandemic-related visa dispute turns into trade retaliation, no one can rule out the possibility of China imposing an import ban on Korean-made products.

In that case, about 1,000 export items of Korea might lose their Chinese market. Such a retaliation could be far worse than what Korea had suffered due to the 2016 deployment of the U.S. THAAD anti-missile system here. At the time, China took retaliatory trade measures against South Korea.

Domestic electronics and automotive conglomerates such as Samsung Electronics, SK hynix, Hyundai Motor and Kia expect that the visa issue will have little effect on their business operations in China. However, they cautioned that the matter should not develop into a long-term dispute that could undermine bilateral trade ties.

According to the Korea Institute for Industrial Economics and Trade (KIET), the number of products, of which more than 50 percent imports come from China, stands at over 1,000. Among them, 600 products are intermediary goods.

In 2021, the country suffered from an acute shortage of urea solution, 99.7 percent of which was imported from China, due to China’s restriction on exports of the product. The shortage showed how dangerous it was for South Korea to depend excessively on a single country for the supply of such a product.

A market watcher said that China might target Korean-made semiconductors, which account for 20 percent of Korea’s total exports, in retaliation against a semiconductor alliance between Seoul-Washington.

Domestic airline companies such Korean Air and Asiana Airlines predict that it will be difficult to resume many of their flights to China soon which have bee suspended in the wake of the 2020 outbreak of COVID-19.

Last month, the Ministry of Land, Infrastructure and Transport agreed with its Chinese counterpart to increase the number of Korean flights to Chinese destinations from the present 34 to 50. It had also planned to raise the number further to 100 this month. However, the local airliners put the plan on hold due to China’s suspension of short-term and transit visas for Koreans.

Cosmetic companies, whose sales to China account for 30 percent to 50 percent of their exports, are more concerned about the visa dispute. They forecast that they will bear the brunt of possible additional retaliatory measures by the Chines side.