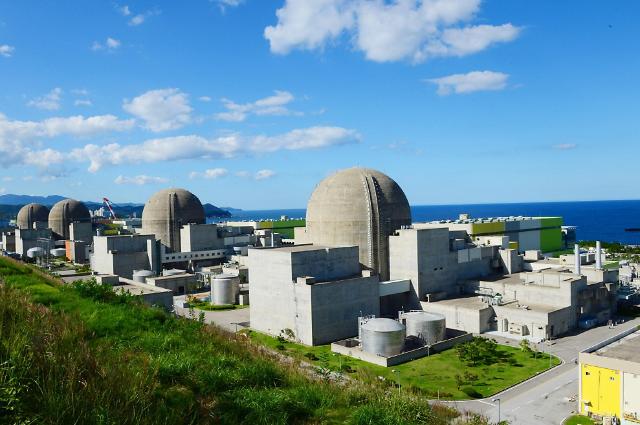 SEOUL -- South Korea has decided to increase the proportion of nuclear energy to 32.4 percent of its total power generation by 2030 and further to 34.6 percent by 2036, according to a long-term energy plan released by the Ministry of Trade, Industry and Energy on January 12.

The ministry also plans to raise the share of renewable energy to 21.6 percent by 2030, down 8.6 percentage points from the 30-percent target set by the previous Moon Jae-in administration. The proportion will reach 30.6 percent by 2036, up from 6.2 percent in 2018.

A ministry official said the government has taken a realistic approach toward renewable energy because there still exist difficulties raising the country’s reliance on solar and wind power drastically.

Yoon is seeking to revive the nuclear power sector not only to ensure the stable supply of electricity with less carbon emissions, but also increase exports of reactors as a growth engine.

It appears to be a setback to the country’s efforts to increase the utilization of renewable energy sources such as solar and wind power to reduce carbon emissions sharply under the Moon government’s enhanced nationally determined contributions (NDC).

However, the ministry said that the country can meet the NDC target thanks to expanded nuclear power generation, despite its revised plan to curtail the renewable energy dependence target.

The ministry said that the government will continue to operate existing nuclear reactors and build new ones such as Shinhanul 3 and 4 reactors to boost nuclear power generation.