​Is it the government's business to encourage people to have babies? 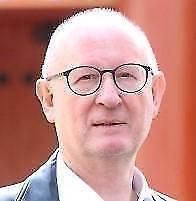 SEOUL -- News that government is strategizing to encourage couples to have more babies made me think of an image from old Korea that is hard to get out of your head once you’ve pictured it: the way relatives lurked around and peeked inside the room where newlyweds were having their first night together.

No offense to Na Kyung-won and the members of the Presidential Committee on Aging Society and Population Policy, whose job is to give policy recommendations, but it seems to me they are rather like those aunties licking their fingers and sticking them to the paper window for a clearer look and then making their adult suggestions.

“Yes, go on, touch it. It won’t bite you” and “No, you idiot, put it there, not there.” As those couples must have felt about their aunties then, I feel like saying to government now, “I know you mean well, but could you mind your own business?”

Presenting it this way, the reader may think I have an unreasonable bias. You would be right. I do. I’m not only skeptical of the government’s ability to properly analyze the population problem, but I also don’t believe politicians and bureaucrats understand the limits of their role with regard to it.

Let me present some evidence: do you remember a few years ago, when one ministry decided to lead by example and turned the lights off in its own building at 6 p.m. to make sure nobody stayed behind to work? The idea was that everyone should get home as quickly as possible and, well, have sex. I admit I haven’t checked this, but I doubt if there are many middle school students in Korea today who owe their existence to this genius policy.

But let’s not be unreasonable. Of course, the government has a legitimate interest in the population issue. Ministries and parties need to know whether the population is growing or shrinking, and whether it is aging or not. This knowledge is necessary for long-term economic planning and government services.

The real question is whether government should go the next step and seek to “fix” the population problem, especially as it may not be a problem and may not need fixing. Should they be trying to persuade young people into having more babies?

I ask this question from two perspectives. One is a moral one. Does the government have the right to manipulate citizens in this way? The second concerns capability. Is government the right body for this task or is it not more appropriate for civil society and families to address it?

The answer to both questions hinges on what you think the purpose of government is. If life were a football game, I would see a democratic government as the referee. It doesn’t own the football clubs, it doesn’t own the pitch, it doesn’t kick balls and score goals. Its job is to ensure fair play and its main weapon is the rule-book, the instant replay system, and a whistle.

In other words, the role of government is to provide the environment that allows citizens the greatest leeway to flourish. To do that, it must do its best to protect us from external attack, from internal harassment by criminals, and from natural disaster; it must do its best to safeguard our liberty and ensure fairness and justice in society. That’s a big enough job description. But it is limited.

Believing this, I find it hard to see how the government has the right to discourage people from having children – as it did in the 1980s – or to encourage them to have more children, as it is now. What does such meddling in family matters have to do with protecting us and safeguarding our liberty?

On the other hand, in Korea and other democracies, there is a greater expectation of government than in my definition. It is as if people see government, not as the referee, but as the manager of the club. If you look at it that way, then not only do you give government the right to manipulate baby-making, but you expect them to do it.

That leads to the next question. Can government do it well? I would say that it can’t and for one simple reason. When you consider the limited tools it can use – tax benefits, financial incentives, and public relations promotion – it’s natural for government planners to conclude that the reason people are not having children falls into that scope. In other words, the main reason it understands and therefore sees is economic. But is this truly the problem?

Koreans have never in history been as wealthy as they are now. So, how come people think the reason couples don’t want to marry and have babies is about money? I wonder if the real reason is not deeper and is not seen by government because it lies outside of the area that government is responsible for or can influence. It is to do with the prevailing outlook on life.

I do not deny that people avoid marrying and having children because of money. There are plenty of other reasons, too. Women may not want to have to go through pregnancy and childbirth. They may fear the idea of spending 20 years taking children to hagwon. They may be afraid of living with someone who may end up making their life miserable. So may men.

But these disincentives have always existed. Life is risky and involves suffering and you need a good reason to embrace it. Without an ethic that gives meaning, the instinct is to take the easiest, most comfortable path in life, preferably one that involves little work, lots of fun, and plenty of alcohol. Without a reason to keep trying, one broken relationship is enough to dissuade a person for life from risking the same pain again.

What ways of thinking push us through such difficulties? In old Korea, most people believed the purpose of life was to continue the husband’s lineage. (Besides the fact that couples married very young, that was the reason the extended family interfered so much).

This ethic may not have disappeared entirely, but we might say that it has been diluted. Some people may still feel this sense of duty. Others are more drawn to love over duty, and, as love is greedy, they find that once they have a partner, it is only natural to want to expand that sphere of love and bring children into it.

Religion of course plays a role in this. But whatever your outlook on life and wherever it comes from, it is a private matter. As there is no state religion, the government has nothing to say about it. And yet, in the post-war period before democracy, nationalistic governments did provide meaning in that citizens were educated and encouraged to sacrifice for the sake of national development. That ethic has now also been diluted to the point that now, I would say, there is a vacuum when it comes to a prevailing meaning in life.

It is no wonder then that, when young people look at other couples, including their own family, they may see more suffering than love, and conclude that there is no compelling reason to take life on in the same way their parents and grandparents did.

When government steps into this situation and says people should have more babies, it is understandable that nobody is really listening.