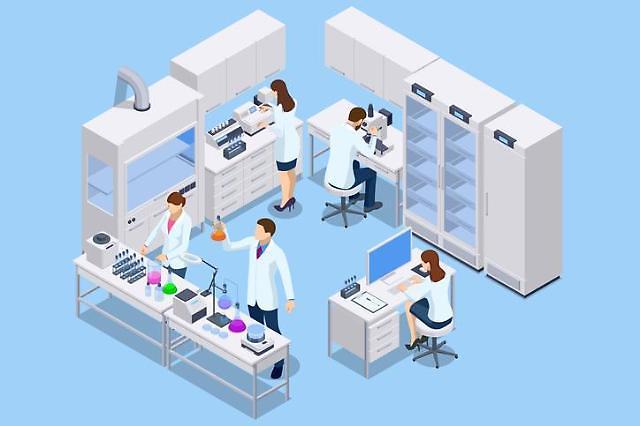 SEOUL -- SK on, the batter-making wing of South Korea's SK Group, has partnered with a prominent state research institute to kick-start an incubation program designed to nurture battery researchers. When postgraduates finish their battery specialist course at the institute, they will be hired by SK on to continue their research.

Currently, it has become a trend among major South Korean battery makers such as SK on, Samsung SDI, and LG Chem to partner with prominent state technology research institutes to roll out incubation programs for battery specialists. Their plan is to catch two birds with a stone -- incubating young battery specialists and acquiring skillful researchers before they leave their postgraduate schools.

Samsung SDI, a battery maker affiliated with Samsung Electronics, forged a partnership with the Ulsan National Institute of Science and Technology (UNIST) in November 2022 to nurture secondary battery specialists. Students will be given free pragmatic classes and post-graduates will be hired by Samsung SDI. SK on partnered with Yonsei University and Hanyang University to start a nurturing program for solid-state battery researchers.

SK on said that the company signed a cooperation agreement with the Korea Advanced Institute of Science & Technology (KAIST) to start a nurturing program for students specializing in nine sectors including bioengineering, chemical science, new material research and electronics.

Postgraduate students selected to participate in the incubation program will receive scholarships from SK on and special mentoring support from battery researchers. After graduation, the program participants will be granted access to SK on as battery researchers. "We will do our best to nurture young researchers to improve South Korea's battery businesses," SK on's Chief Operating Officer Jin Kyo-won said in a statement on January 18.

Thanks to the popularization of electric vehicles and renewable energy, the world's secondary battery market, valued at $87.8 billion in 2019, is projected to reach $220 billion by 2027, according to global market research firm Mordor Intelligence. After a recent slump, Mordor Intelligence predicts the market will revive and thrive due to heavy demands and lowered costs of materials such as lithium.

In November 2022, the South Korean government unveiled a blueprint to create an alliance of domestic battery makers to secure core secondary battery technologies in order to make the country the world's top player with a market share of more than 40 percent by 2030. A total of 50 trillion won ($40 billion) will be invested.