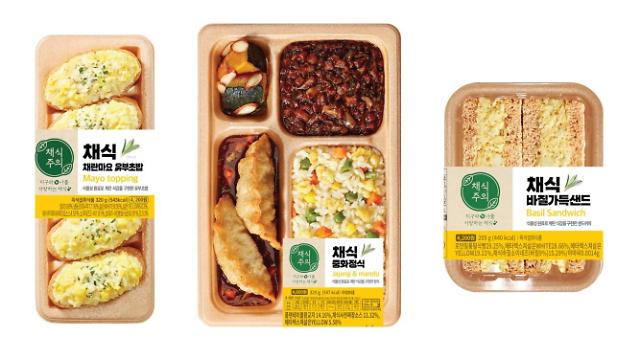 Meal kits, also known as home meal replacement (HMR) products, are convenient heat-and-eat food packages. They are favored by busy students and workers as they can easily complete the dish just by following simple cooking instructions using a stove or a microwave oven. According to data released by the Korea Agro-Fisheries & Food Trade Corporation, the domestic meal kit market stood at 188.2 billion won ($152 million) in 2020, up 85 percent from a year ago. The market is projected to reach 700 billion won by 2025.

"We are leading new trends in food culture by upgrading both the dignity and diversity of meal kit food through the vegan series," BGF Retail official Hwang Ji-sun said in a statement. The company said CU has already showcased some 40 vegan meal kit brands including pasta and burger since 2019.